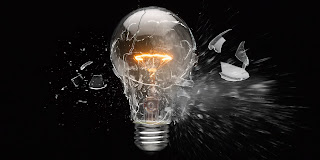 I intend to discuss one "Heuristic" each Monday until I lose interest.

For those who have not stubbed their toe on the word "Heuristic", a heuristic is a mental shortcut. We use them to reduce cognitive burden so we can think about, and pay attention to other things.

The actual "rule" is "You may proceed after the light turns green, the intersection is clear and it is safe to proceed".  Very important if you are not the first vehicle in line.

Research universally supports that we always over-weight our initial mental model and almost never modify that model to the degree that math suggests is appropriate.

The reason is that we use our initial model as a filter. We are bombarded with information. Consider how many conversations going on in the background of a busy restaurant and yet your mind effortlessly ignores them! That is because you have a heuristic running in the background that the only the people at your desk or table are important.

The First Impressions heuristic functions the same way. It tosses information that is not coherent with your mental model (This salesman has integrity, this house is a good structure, the sports teams I follow are superior to other sports teams) discards contrary information as "noise" just like you filter out side conversations. 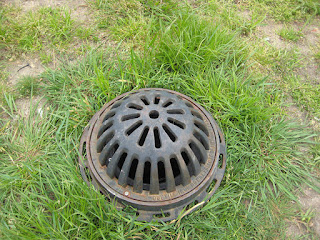 If it helps, the First Impressions heuristic is like a weir over a water inlet that filters out sticks and trash that is not in alignment with the wires but lets straight sticks that are in alignment in.

Smart people (at least with regard to this heuristic) will make a concerted effort to research a topic from several different sources. They will tread water until they have a model that stops wobbling with each new bit of information.

Wise people will move between the two. Some "wrong" decisions don't come with a high cost. Other times, our mental models offer such low predictive capability that there is little sense in investing in them. I suggest that choosing politicians because "I think he is an honest man" while thinking it will predict how he will vote is one of those low cases.

Wise people also understand that there are times when the consequences are so dire that any decision is better than a delayed decisions. "One foot on the dock and the other in the canoe" is the classic case. Wise people make an effort to avoid analysis-paralysis.

When you are trying to influence the decision maker

This heuristic is very frustrating to somebody who is attempting to influence a decision maker.

Consider the person who emails their boss some article or tidbit that contradicts the boss's decision. Over the course of six months they send 20 such articles and academic papers. Then after confronting their boss to seal-the-deal, they are devastated to learn that the boss cannot remember reading a single one.

The way to drill through the "First Impressions" filter is to overwhelm it.

But don't use just any kind of data. Use overwhelming amounts of VIVID data. Real people are vivid. Video is vivid. Color is vivid.

The fog-lamp mounting system, the one she had been trying for months to have changed by sending lab test results (not quite acceptable) to management, the one that they had adamantly refused to change because of cost...was changed. The management team needed all of 20 seconds after viewing the video to reach that decision. 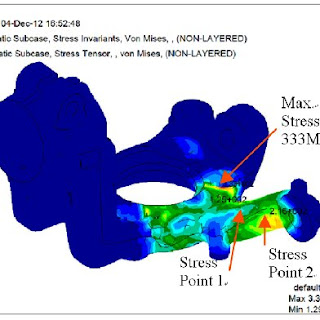 It is under-appreciated that the out-sized role of computer simulation in our lives is due to the vivid display tools that are part of the package.

These tools are so vivid that they don't just overwhelm the filtering effect of First Impressions, they completely replace the mental model the decisionmaker was using.
Computer simulations are still vulnerable to garbage-in-garbage-out but they allow the decisionmaker to be wrong with great precision and confidence.  Key point here: Decisionmakers conflate confidence with quality.

Posted by Eaton Rapids Joe at 7:58 AM