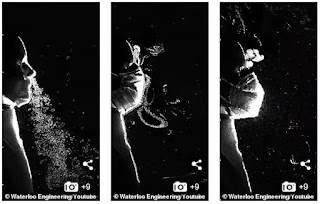 None of the usual suspects in my corner of the blogosphere reported on this item, so I figured I would take a whack a the piñata.  SOURCE

Most blue surgical face masks used by many during the pandemic are not enough to avoid people from being infected with COVID-19, an alarming new study (from the University of Waterloo in Canada) has found.

The blue, cloth surgical masks that have become popular during the pandemic were found be only 10 percent effective as it doe(s) not cover the face properly.

Yarusevych and team said that many people wear masks that don't fit their faces properly, unlike the N95, which straps itself tightly around the wearer.

This causes aerosol droplets to escape through multiple openings between a person's face and the cloth mask, which could spread COVID-19 in populous areas.

The N95 was conversely able to filter over 50% of aerosol droplets while the other half is dispersed above the wearer's head.

... we have provided solid numbers and rigorous analysis...

And the "money quote"

Yarusevych team added that ventilation tests revealed even modest ventilation rates provide about the same level of protection as the highest quality masks.

I want to remind readers that legacy cities like New York and Detroit saw horrendous rates of transmission early in the Covid-19 event.

Many of the structures in those legacy cities were built before forced-air heating was common. They relied on steam heat/radiators and in-room gas combustion. The air was not pulled to a common furnace, run through a filter and then dispersed back to the various rooms. 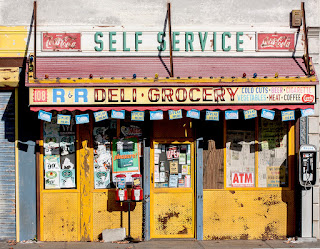 Additionally, most of the shopping spaces were not "big box", well ventilated spaces. They were convenience stores and hole-in-the-wall bogedas.

Updates to the HVAC systems took the path of least resistance. They did not blast holes through walls and run duct work. Nope. They went to electric baseboard heating or ventless gas heaters.

Coincidence is not proof, but it does shade our understanding.

So what can WE do?

Most of us live and work outside of legacy cities.

Most of the buildings we live in or work in have central heating.

Most HVAC systems have gobs of over-capacity. The heating system in most houses are capable of heating it even when the outside temp is 20F lower than the typical January low and cooling it when subjected to record, July highs.

That means that the fan is loitering much of the time, especially when the weather is clement.

The easy fix is to "force" the fan to run full time and/or to open windows and place fans in them.

At the risk of belaboring the point

How many times have you walked into the store and watched the clerk discretely pull their mask up over their nose?

The fact that they have the mask over their nose NOW does nothing to address the fact that they were aerosoling dropets the last fifteen minutes. In the absence of effective ventilation, most of those droplets are still suspended in the air. The rest plated out on surfaces you are likely to touch.

Masks are a very flawed countermeasure because they depend on constant policing of the wearers to ensure they are properly fitted at all times. Very few people enjoy policing others. It is not in our nature.

Surveys suggest that one-person-in-forty is motivated (energized) by achieving results through others. Perhaps another 5%-to-10% are control freaks. That leaves 85% of us who are disinclined to police others.

Running the fan 24/7 is easy-peasy. In many cases, it is a simple flip of a switch and then it is done and stays done. Monitoring is simple. The fan is either running or something is wrong.

Posted by Eaton Rapids Joe at 6:22 AM