Everything you need to know about investing

OK, I lied. This is a 40,000 foot overview of "investing" with special emphasis on what you need to know TODAY and over the next four years. Think of it as a map.

For a map to be useful it must be simple enough for the user to comprehend the information but complex enough to provide predictive value. For example: If I move west, do I walk off a cliff or run into salt flats without water? If it is too complex, for instance if it shows every stone, then important information will be diluted and lost.

Within the universe of bonds... 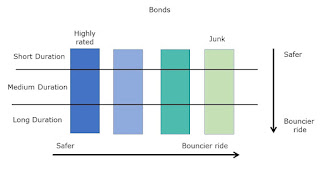 There are two axis of "risk". One is the "rating" and the other is "duration". The least volatile investment vehicles you can buy are US Government issued bonds of less than one year duration. The punters can argue until the keg runs dry but this is pretty much conventional wisdom.

Within the universe of domestic stocks.... 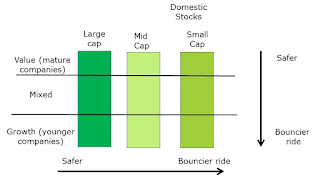 Incidentally, unless you have super-human insights  you are better off holding index funds than holding individual stocks.

---Disclosure: Most of the rest of the ERJ fortune is invested in Equity Index Funds and Mega Millions lottery tickets.---

Within the universe of foreign stocks... 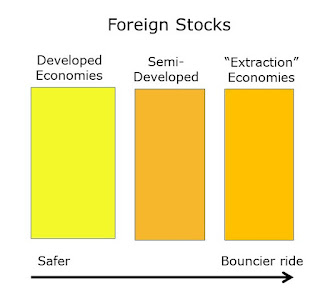 There is a world of difference between investing in the UK or Germany and investing in South Africa or countries in the Persian Gulf. 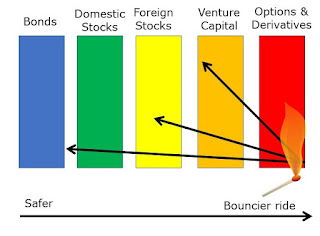 When the shit-hits-the-fan investors flip from aggressively seeking risk. They panic and flee risk with the abandon of prostitutes running from a burning motel. The first sectors to puke are the highest risk sectors.

REPEAT: When the worm turns, it turns first (and most violently) in the riskiest portions of the market and the contagion rapidly spreads to the less-risky portions.

Since VC and Options are not very easy for the average person to track, the first information Smedley T. Waukenfuss will have that the economy is being gutted is when he reads that stocks in Australia, Indonesia and Latin America (for instance) projectile vomited.

Everybody knows it cannot be done.

Everybody tries it anyway.

After Australia, Indonesia, Russia and Latin American markets vomit until they are comatose and and prostrate on the floor and while US markets are still fully convulsed...the brave investor starts moving some, minor portions of their portfolio out of the safe-havens where they parked it and starts cautiously buying into riskier (comatose) portions of the market.

Repeat: the stockmarkets in Australia, Indonesia, Russia and Latin America will be the canaries in the coal mine for the reset.

This post is for entertainment purposes. It is worth exactly what you paid for it.

What is the smartest money doing? 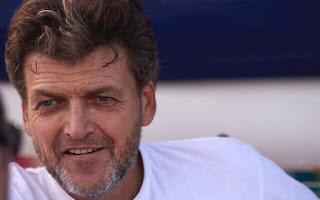 Baron von Rothchild is quoted as having said that "Nobody ever went broke selling too soon."

The current scion of the Rothchild banking empire suffered a fatal heart attack this past week at the age of 57.

Please be advised that there are gentler ways to exit the riskier portions of the investment universe.