How do you hide a cow? 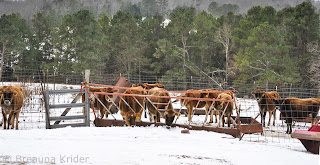 I took Mrs ERJ to a doctor's visit. I expected it to be a while. I came prepared. I brought a large book to read.

I cracked The Book open to Isaiah and started reading. For those who are not familiar with what Christians call the Old Testament, the various "books" cover the same history from several different perspectives. Isaiah is a prophet who foretells of an imminent invasion and the vast majority of the working-aged men being carted off by the invaders. Basically, the country being laid to waste and all assets stripped.

A recurring theme in the early part of Isaiah is of a "remnant". In Chapter 6:11-13 God defines the size of the remnant as significantly less than 10% since waves of depopulation will spasm through the land as long as a tenth (or more) remains.

“Until cities lie waste
without inhabitant,
and houses without people,
and the land is a desolate waste,
and the Lord removes people far away,
and the forsaken places are many in the midst of the land.
And though a tenth remain in it,
it will be burned again..."   -ESV translation

Sifting through the text, there are rays of hope. The remnant will live on curds and honey. The footnotes in the Bible I was reading said that Isaiah was foretelling that it would not be safe to work the fields and that the population that survived would get substantial amounts of calories from wild bees and the milk of semi-feral cows, goats and sheep.

That caught my attention because I read some accounts of Holodomor survivors. One of the accounts told of a farm family who was somehow able to hide their milch cow. The milk/cream from that one cow provided enough extra calories to keep several families alive.

How do you hide a cow!

Step One: Pick a cow that is smaller than typical and has little-or-no white above the body mid-line. People selected for white so they were easy to find when they wandered off. They also favored bold patterns-on-white so individual animals were easy to identify and sort when grazing the commons. Milking your neighbor's cow was a big no-no.

Step Two: Eliminate the evidence you have a cow. The first place the invaders will look are in the barn. Remove all traces of fresh cow-poop and cow feed. Many people have barns that used to hold livestock and old poop remains. Old poop is not a problem.

Step Three: Train the cow to eat at night. A pellet gun can be your friend. It is difficult to miss a cow grazing in a pasture during the day.

Step Four: Train the cow to only come to the voice of one or two selected people. They will give it a tiny reward of grain or high quality hay and milk the cow. Train the cow to wait in a secluded spot for the milker and not run to him/her.

Step Five: Don't be super-tidy on your farm. Have a few brushy areas near the tops of hills. Grazing animals love hill-tops where it is breezy (fewer insects), good visibility so they can watch for predators (they still have that wiring) and a bit of shade. Keep the hill-tops near the farmhouse shaved short to show you aren't hiding anything.

Step Six: Share some of the milk and veal with your closest, trustworthy neighbors. There is no way you can hide your bonanza from them. Cows make noise. Additionally, at some point you are going to need a bull to rebreed the cow. They can help locate one. What if you have a neighbor who is not trustworthy? It is not a tough choice. Either they die or your kids die.

Notes: Goats are smarter and easier to train than cows. They are also smaller and harder to catch/shoot.

At this point you might be thinking "I will never use this information" but consider the challenge of hiding a couple of full "pigs" of LP. Is that problem significantly different? Or how about hiding three full cords of firewood or any other productive asset that might be of interest to invaders?