When do they start burning down state capitals? 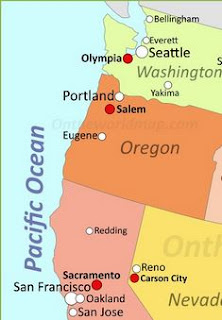 This may be a stale observation, but has anybody noticed that the major riots on the west coast have NOT been in the state capitals? Rather, the riots have been in the centers of economic production.

The left assumes they own the arms of government and are now attacking the normal, productive people. This has never been about "politics". It has been about attacking and seizing the means-of-production by threat-and-coercion, a classic Marxist tactic.

Things will get sporty when the extreme elements of the left get pissed at the ones in power "just giving lip-service" and the riots swing to Olympia, Salem and Sacramento.

Posted by Eaton Rapids Joe at 9:09 AM