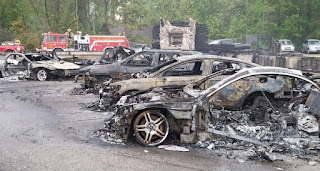 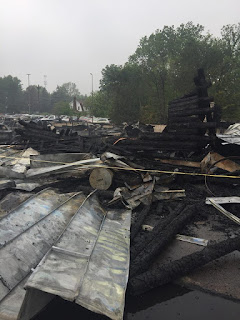 There was a fire there Wednesday night.  Damage was extensive.  Most of the damage was in the Used Car portion of the lot. 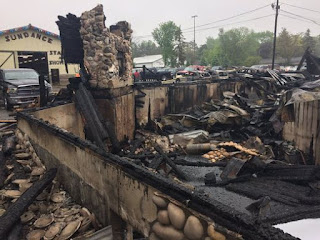 The cause of the blaze has not been determined.  No people were injured in the fire.

Terry is the kind of guy who is easy to like a lot...or dislike a lot.

He sells many used cars.  Many of those vehicles are toward the bottom end of the price scale.  Most of the big dealerships don't want to bother with that segment of the market.  Terry remembers where he came from and he has a vehicle for almost any budget.

Folks who buy those cheap, old, beaters get angry when they don't not last five years.  I listen to their stories.  Personally, I think lack of maintenance often has something to do with engines that seize up, but what do I know.

Terry says he will rebuild.

I wish him good fortune.
Posted by Eaton Rapids Joe at 6:27 PM