This post is a riff on a post written by Harry Flashman.  He embedded the video Country Boys Can Survive.

Some folks look down on "common".  They think "special" is always better.

Kids in middle school and high school want "special" because they are seeking identity and need to shore up the fragile, healing tissue.  Special shoes, clothing with special logos, special music...

I look around and see much that is common.  I like it.

Common usually implies a wide range of adaptability.  You will see the "common" pickup truck from the Equator to Point Barrow and everywhere in between. 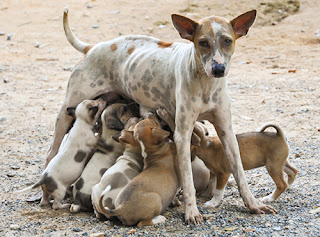 Common suggests a lack of total conformity.  Common has not been inbred and selected to slavishly reproduce near-clones.  Cross two "common" dogs and you will get a wide range of many, many attributes.  Some big, some small.  Some with short fur others with long fur.  Long legs, short legs.  A wide range of colors and patterns.  Some visually oriented, some sound oriented, some nose oriented.

Looking at the ground I see common bluegrass, common daylilies, common violets and common white clover.  Those are defaults that I can override if I want to expend the energy.  Usually, there is little profit in fighting Mother Nature.  I may salt in improved genetics.  Often it seemingly disappears, diluted by "common" but I suspect those genes are lurking...waiting for their moment.

I drink coffee with common men: Mechanics, farmers, factory workers, builders, custodians, worked in sewers, dug graves and drain fields, washed dishes, worked salvage, drove trucks and helped in daycares.  If something needed doing, they were the guys who could do it.