Back to Rape: Part II 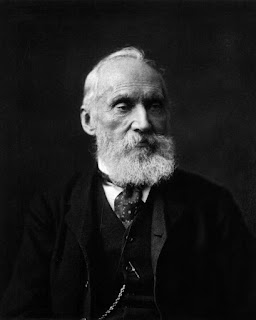 William Thompson, the inventor of the Binnacle and 1st Baron Kelvin, once observed that you cannot manage anything you do not measure.  A more modern interpretation is that the only things you manage are the "metrics" you measure and publish.

Laws
Michigan passed a law in 2014 to address the debacle of unprocessed Rape Kits in Detroit.


A casual reading of this suggests that all Rape Kits will be processed in fifteen or fewer weeks.  A more careful reading reveals...provided that sufficient staffing and resources are available to do so.
Every bureaucrat in the world will read this as a "get out of jail free" card.  They only have to comply if it is both convenient and drops easily into budget.

If you are not measuring, you are not managing
Upon being made aware of this bill's shortcomings, I contacted my State Senator, Rick Jones (if you want to comment on this blog article you can call him at (517) 373-3447).  Senator Jones was a county sheriff before he became a politician at the state level.  Law-and-order issues are fast balls right up the middle of his strike zone.

I communicated what I considered to be the shortcomings to him and asked him to address those issues.  As a politician, he is constrained by what he says and how quickly he can move.  For one thing, it needs to be determined if it more properly belongs to the Executive Branch (execution of existing laws) or more properly merits additional legislation (Rick's wheelhouse).  Rule Number One is to not step on the toes of the people whose support you will need in the near future.

As a blogger, well, I got impatient and felt a burning need to write something.  Especially after hearing from a rape victim who waited 9 months for the DNA evidence to get tested.  Clearly, Bill 2014-5445 did not solve the problem.

This is what I want
Supplement Michigan Bill 2014-5445 to include reporting on compliance.
Transparency
Failure  to plan is to acknowledge that you consider failure to be an acceptable option.  As the head of a Law Enforcement Agency, making that decision (considering failure to be an acceptable option) for your organization is to also make that decision for the people you swore to protect.

A report that lists the best and worst 10% practically writes its own newspaper article.  We don't need more laws.  We need more transparency.

Reporting on compliance (and non-compliance) to Michigan 2014-5445 would provide voters with data so they can make informed decisions regarding Sheriffs and Mayors.  Sheriffs and Mayors who can keep the oil changed in the county/city vehicles and pay the utility bills on time but cannot be bothered to comply to Mi 2014-5445 clearly have little regard for their constituents.

Then....
I want Michigan to pilot this supplement for two years and make tweaks as necessary.

Then I want it to be considered at a National level.  All it would take is a phone-and-a-pen, that is, an Executive Order.  It is my humble opinion that this could be easily incorporated into the FBI Uniform Crime Reporting system.