The current Administration announced that MS-13 is winner of the recent concessions auction for anti-terrorism services.

Under the terms of the deal, MS-13 will pay the US government $80 billion per year to execute the task of controlling terrorism (pun unintentional).  The Feds will supply ammunition, a list of targets suspected terrorists and "Exclusive Enterprise Zones" where certain Federal Laws will not be enforced, similar to "Sanctuary Cities" but exclusively for entrepreneurs licensed by MS-13. 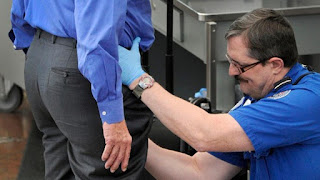 It is widely believed that MS-13 will be more effective than Homeland Security because they live within the same ecological niche as most terrorists and will be less constrained in their enforcement.

225,000 employees of the Homeland Security Department received their pink slips and DHS's $40 billion budget has been zeroed out.  Approximately 5000 employees were picked up by other agencies due to their critical skills.

One portion of the press release merits special mention:


"Local government officials have long created and sold "exclusive enterprise zones" for their own, personal gain (i.e., bribes and kickbacks).  The auction of the Department of Homeland Security elevated this from a piecemeal, cottage-craft enterprise to a Federal Policy and the monetary gain will enrich the US taxpayers rather than precinct fat-cats.

Going forward the EPA the DEA and the FDA will also be auctioned off."


This is what is know as "The Art of the Deal".