Specialization is for Insects 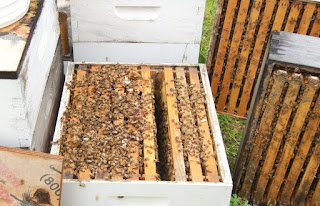 This post won't tell you anything you don't already know.

One way that Progressives reward their loyal minions is to create jobs and carve-outs for them.

Those jobs are typically light on actual duties so the minion can act as spear-carriers during elections and break legs afterward.

The minions are hidden by sprinkling them into many different functions and the jobs are justified by giving them veto power or signatory authority.

Seen through the lens of "Robust processes", or "Constraint Theory", this system is the worst of all possible worlds.

The minion only has expertise in one thing: Making their political masters happy. They rarely have deep understanding of the organization they have been seeded into. That means they have next to zero understanding of the costs they incur or the damage they can do. They do not consider that a problem because they only have loyalty to their masters.

Sprinkling is an issue because regression-to-the-mean arguments inform us that small departments are more likely to have large swings in percentage of absenteeism.

Many, small departments are far more likely to have at least one of them incapacitated than fewer, larger departments with the ability to flow people internally.

There are two kinds of generic processes. One is "Default-go" and the other is "Default-stop".

Imagine a gate that is sized to let the proper sized boxes pass through but to stop the oversized ones. That is a Default-go process.

The throughput of the entire warehouse/factory eventually comes crashing to a halt if the operator for the Default-stop process is missing.

The political stooges larded into Progressive organizations and some labor unions are often given Default-stop jobs to justify their authority and importance.

The "sprinkle" means that there are countless gates in every organization where any of these stooges can hamstring the organization.

In old-school Union shops, jobs are splintered into hundreds of non-interchangeable specialties. That makes it impossible to flow people to from areas that are less hammered for absenteeism into areas that are strangled for want of workers.

Given time, organizations and individuals develop alternative paths to bypass the stooges.

If Trump does not prevail in his court challenges, Biden promises to vastly increase regulation which is Default-stop.

Biden promises to be favorable to "Labor" which will promote job splintering.

Posted by Eaton Rapids Joe at 7:10 AM