Instead of the classic dial-and-hand arrangement, the stylists demanded the equivalent of an LED light-bar. 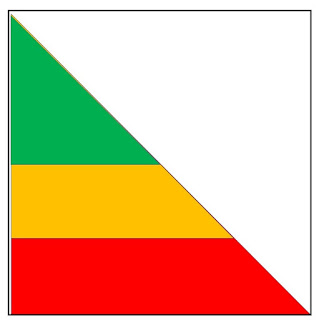 The engineers executed the demand by wrapping a long, slender cylinder with a decal similar to the one shown.

The idea never caught on. Probable reasons include people did not like the implied judgement (i.e. Big Brother) of the green-orange-red colors and the lack of precision. Because the bar ramps, does the driver go by the top of the color bar or the bottom?

There was also the issue of the needle or hand of the traditional dial arrangement being easier to mentally calculate when an accelerating vehicle would hit a certain speed. The greater mass of the rotating cylinder undoubtedly lagged the actual speed by a larger amount than the lower-mass needle.

AND as long as we are talking about style and design 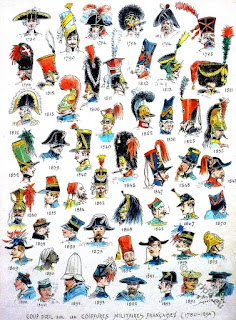 I did a tiny bit of research. Those large, sail-like hats were wide-brimmed hats with the brim pinned up. The common soldier un-pinned the brim when it was raining. The hat would be spun around based on what the soldier was carrying so it would not get bumped off.

Officers, on the other hand, pinned insignia on their pinned-up brims. Given the clouds of smoke given off by black powder cannon, that may have been a functional way of identifying officers. Pretty handy for snipers, too.

Posted by Eaton Rapids Joe at 6:24 AM