What is a native?

The distinguished guest who toured our property runs a nursery specializing in native plants. One of the questions we batted about was "What is a native species?"

The question, "What is a 'native' plant species?" can be surprisingly sticky. 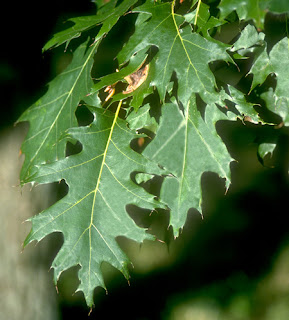 At one time, most native oaks that had bristles at the ends of the lobes were lumped into two or three species.

In time, it was accepted that there were enough differences to justify splitting of many different species.

Suppose I live in Michigan and I wished to plant oak that dropped their acorns later in the season. Furthermore, suppose I wished to hedge my bets with regard to climate change...whether for warmer or colder. Finally, suppose that the places where I could plant new trees had been recently vacated by ash trees and were very wet, for the most part.

Is Shumard Oak a Michigan Native?

Most plant nerds would grudgingly concede that Shumard Oak exists in Michigan in very scattered plantings.

You have to remember that to the common man, most of these oaks look nearly identical and trained botanists have only looked at a very small percentage of the trees out there. 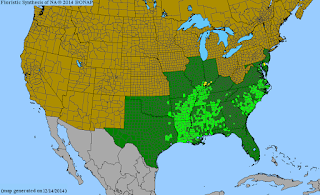 It is in Illinois and Indiana. 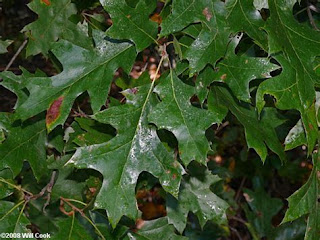 Most plant nerds could agree that this oak species is not a native of Michigan but they would also agree that it would thrive in the southern third of the lower peninsula and within 25 miles of Lake Michigan. The only reason it is not a native to Michigan is because the Wabash river flows south rather than north.

What about Water Oak? 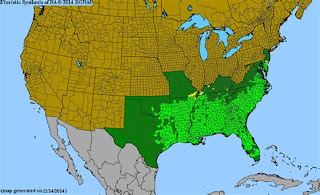 The northern limits of the documented range is only sixty miles farther south than for Cherrybark Oak. Do you really think the scientists caught every single specimen in the wild?


Not a native of Michigan but certainly worth a trial in the southern 1/3 of the lower peninsula in the wettest sites where very few species will grow.

What about Nuttall Oak 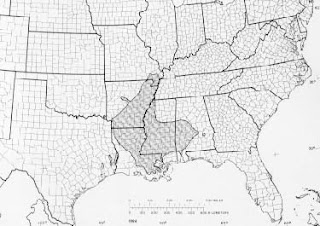 The northern limits of Nuttall oak are about the same as for Water Oak although the east-west range is much smaller.  If multiple specimens can be found in New Madrid, Missouri then who is to say that scattered specimens are not waiting in Cairo and Brookport, Illinois waiting to be found? 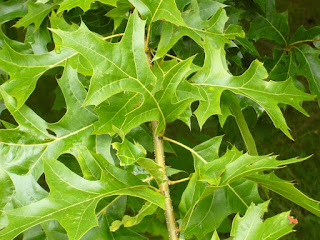 ERJ's seat-of-the-pants opinion
A species can be considered "potentially native" if the main, contiguous population is within 300 miles north-or-south of your site and the sites are within 500 feet elevation of each other. Distances greater than that can be dealt with on a case-by-case basis.

In those cases, a certain flexibility in the definition of "native" is expanded to include species from regions that are nearby but not particularly close. Those of us north of Fort Wayne, Indiana benefit the most from this loosening of definitions. Glaciers bulldozed the soil to mineral dirt and species have only had a few thousand years to migrate north.

Those of us north of the glacier line have relatively few paint daubs on our palette if we are forced to stick to the strictest definition of "native".
Posted by Eaton Rapids Joe at 5:57 PM