Cletus and Zeke had a ten day gig in an old-folks home near Union City, Tennessee. They were replacing mini refrigerators and other appliances in the rooms. 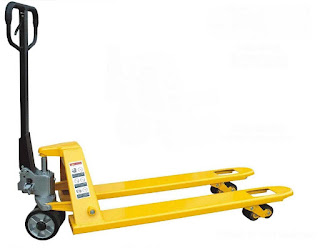 Zeke pulled the wrapped pallet of fridges he was transporting on a hand truck into the common room. The pallet truck is basically a human powered fork-lift.

Zeke was taking them to the far end of the hall when a gaggle of women going the other way wanted to pass him. The polite thing to do was to get out of their way.

Then, before he could get back into the hall, an old woman shuffled in behind his truck. 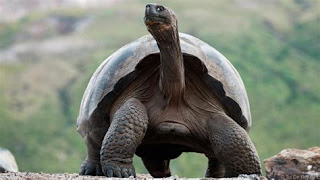 It was not possible to know if the woman scanned so slowly due to cognitive processing speed, or impaired vision or because she was straining to pick up voices.

Zeke politely asked her if he could do anything to help her.

Zeke had been raised to be polite to older people. Some of his fondest memories were of his grandpa Koenigsknecht. Gramps would forget that he was talking with Zeke-his-grandson and not Zeke-his-brother and Zeke became worldly as a result. Zeke also got a different perspective on the stories his parents would tell him about walking to school 23 miles, uphill both ways.

The old woman quavered, "My name is Doris, I am looking for my friend, Lois."

"What does she look like?" Zeke asked, trying to be helpful.

"She is old." Doris replied.

Zeke, who was much, much taller than Doris scanned the room and saw a woman who appeared to be sleeping in a chair over by the heater.

Doris slowly rotated to the vector Zeke indicated. "Can you check and see if she is daid? It ruins my day to touch a daid person."

"Yes ma-am. Nothing would make me happier to wake your friend up." Zeke said.

He walked over and then realized that he did not know the proper etiquette for waking up a nonagenarian. Then he decided to do what he did with Gramps. He gripped her knee in his huge paw and then slowly shook it.

Zeke shook his head "No"

Doris started to shuffle toward Lois with the grace and speed of an amoeba.

That is when Zeke's boss found him and started to rip him a new asshole. They were burning daylight.

Fifteen seconds later the head of the facility breezed into the common room and overheard the boss working Zeke over. Apparently she had caught much Zeke and Doris's exchange on security video. The fact that the gaggle of old ladies were still standing in the hall eves-dropping is what had originally caught her eye and she decided to eves-drop as well.

She beckoned Zeke's boss into her office for a short, friendly chat.

She thanked Zeke for his courtesy and told him to carry on.

Once in the office she told Zeke's boss to lighten up. "What do you pay him an hour?" she asked.

"Same for the other old guy?" she asked.

"Tell you what I am going to do. I will pay you $50 an hour for the two of them for every hour they help my clients 'nest' in their rooms." the head manager said.

"These ladies, and 95% of them are woman, have no men to boss around. It makes them unhappy." the manager said. "And for some reason they decided they liked those two guys."

"I have an audit coming up in four weeks. You are scheduled to be done in a week. I want you to sandbag for three extra weeks and I will pay EXTRA to make that happen. I have empty rooms I can charge $240 a night for and the reason they are empty is because my customers complain and word gets around." the manager said.

"Let me get this clear in my head: You want my guys to slow down and have me charge you extra." the boss asked.

"No, not slow down. I want them busy. Busy cleaning imaginary stains out of the carpet in Mrs Zebedk's room. Busy moving furniture around in Mrs Jone's room. Busy killing spiders in Mrs Washington's room. I want them busy, but only working on the appliances one out of every four hours." the manager said.

And so it happened that Zeke and Cletus were paid three weeks full wages to clean carpets that were clean, kill spiders that were dead and attend tea parties and their boss happily pocketed $20 an hour easy money.

It is a strange world.

Have a happy and blessed Thanksgiving    -ERJ

PS: The manager passed her audit. The facility placed just below the average for the corporation.