Context is everything when setting up a scope

---My opinions, take them for what they are worth. Those of you who know more about this than I do, and there are a truckload of you out there, please feel free to chime in---

Setting up a scope on a firearm is all about "context". What is the nature of your target? What are the limitations of your weapon.

The optimum setup for shooting squirrels in the head in a mid-Western woodlot with a .22 will be different than hitting 20" tall targets in an open environment with an AR or snap-shooting deer in heavy cover. 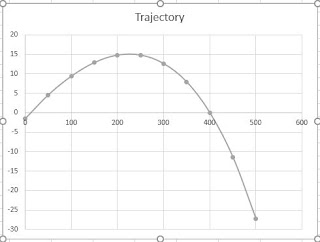 A normal, male human measures roughly 15" from their belt buckle to the top of their sternum. If one anticipated human sized and shaped targets, say in an IDPA three-gun scenario, then a 400 yard second-zero and a belt-buckle aimpoint is a reasonable starting point.

A potential risk to having your scope set up like this is that an over-zealous and technically savvy prosecutor might present this as evidence of intent. 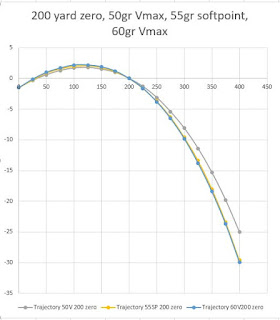 It used to be common to tune a deer hunting rifle to have a max vertical excursion of 2" at mid-range. The thinking was that a deer's heart-lung region was roughly 8" high and assuming +/- 2" from point of aim left some room for aiming errors.

My friend opted for the 200 yard second zero and has a dope-sheet that tells him he needs 7 MOA, or about 14 clicks up on his scope to shift it to the 400 yard zero. His nominal targets are canine coyotes.

This example was chosen to illustrate three different points.

Point Number Two: The nominal target, a squirrel, has a much smaller vertical hit zone. On all fours, a large squirrel has a heart-lung region that is roughly 2" tall. Combined with Point Number One, the rifle has a much shorter usable operating range.

Point Number Three: It is rare to see a stationary squirrel when you can see the entire target. In the wild, the squirrel is either a blur of motion or it is in a tree with a branch between the two of you. Let me beat this to death: You will not have the entire squirrel as a target, you will have tiny pieces of it as a target.

Point Number Three will also apply to the first example if/when the targets are not cardboard.

If you are snap-shooting at deer in cover than you need very fast target acquisition and scopes like a Red Dot is your best friend. Magnification is NOT your friend because it narrows field-of-view and slows target acquisition.

If you intend to shoot at slow moving or stationary deer in heavy cover than your primary challenge will be to discriminate between brown that is deer and brown that is brush. This is where magnification is your friend.

Neither fish-nor-fowl
One of my coffee drinking buddies has an AR with a 10-40X magnification scope on it. He likes to tell people, "I can lay that rifle across the back of the couch, look out the window and watch the dials on the electric meter turn at the fire station two blocks away."

Decorum prevents me from asking snarky questions about bag limits and hunting seasons for electric meters. Perhaps I should, because he is breaking the cardinal rule of gun safety, NEVER point your firearm at anything you do not intend to destroy.

But for the sake of this essay, it is difficult for me to envision a context where  a bone-stock, basic AR-15 with a stock trigger and a 16" barrel is the optimum platform for any task demanding that kind of scope.

Second-zero
You might be annoyed by my use of the term 'second-zero'. Too bad.

A couple of years ago I was at the range and the fellow next to me insisted that his .300 Winchester magnum's bullet kept rising out to infinity. Maybe he thought that is why satellites sometimes fell out of the sky.

It was a case of somebody who was illiterate in physics not taking the time to read the entire paragraph. I insist on using 'second-zero' so I am not complicit in producing more misinformed shooters.

For the newbie, scopes are typically located above the bore. The trajectory of the bullet is an upside-down parabola, like a coffee cup turned upside down.

Since the bullet is below the line-of-sight as it comes out of the end of the gun, called the muzzle, a well setup rifle-and-scope will have the bullet angling slightly upward so it first crosses the line-of-sight somewhere between 17 and 30 yards. 25 yards is generally accepted as a very good first guess. If your first-zero is not 25 yards, twiddle with the scope so it is before going on to later steps. You will thank me later.

The "magic" of picking the proper range for the second-zero is that it controls the maximum vertical excursion at mid-range and how quickly the bullet drops off the target past the second-zero.

Posted by Eaton Rapids Joe at 5:57 AM