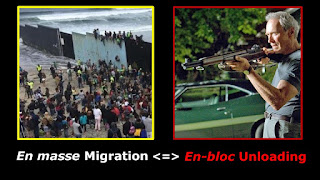 The latest Woodpile Report references an essay by Larry Correia. One memorable line in that essay reads "...for most people on the left political violence is a knob, and they can turn the heat up and down… But for the vast majority of folks on the right, it’s an off and on switch."

Some of that can be attributed to "collectivism". Decisions of individuals are binary. But the opinions of a populations, say ten or fifteen people, starts to look like a continuum. That focus on collectivism means that the puppet-masters can modulate responses by tweaking rhetoric and media exposure.

The "Left" cannot operate outside of the "collective" because the only way to elude moral accountability is via dilution. That barista in Pittsburgh would never assault another human of his own violition but he has been brainwashed via social and mass media to think it is ennobling if he does it against a nameless conservative during a demonstration.

The arch-type conservative, however, is a different kettle of fish. He minds his own business and just tries to get by. He rarely wastes effort attempting to change what is hardwired into human nature. It is wasted effort. Rather, he stays in his swim lane and does the best he can minute-by-minute, as an individual. 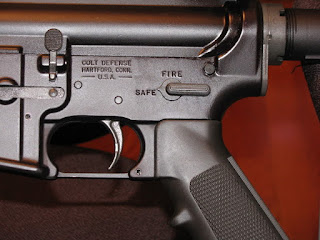 That makes him binary. Safe .or. Fire

Unlike the left which can activate any percentage of under-employeed baristas from Pittsburgh to Pasadena by tweaking their rhetoric, the right is composed of millions of autonomous decision makers trying to make it through another hour, another day, another week, another month.

Trust me, you don't want to make him leave his swim lane. Then his head comes up and he starts looking around. In engineer-speak, the transition Safe .or. Fire will be a brittle failure. They are a simple thumb-sweep away from changing potential energy to kinetic energy.

Something that the Left has not considered is that the conservative is not likely to feel constrained by the Left's Rules of Engagement. The venue will not be a stylized Kabuki Theater played out in front of Big City's finest. It won't be scheduled for early afternoon in front of video cameras in time to make prime-time news. Nope. It will be onesie-twosie in faculty offices and while the barista opens or closes the Starbucks in the wee-hours.