Non-lethal methods for psychiatric patients in the wild

Eaton Rapids is not affluent enough to have its own, resident homeless population. Rather, we share them with Charlotte a town nine miles to our west.

One of our part-time homeless is a woman in her mid twenties. Rumor is that she has a home but is unwilling to follow the rules of the home owners. 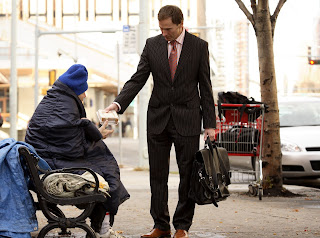 It is notable that she wears a winter coat throughout the year. Even in July her coat is not un-zipped. Rather, it is tightly belted around her. I was informed that this is not uncommon among people struggling with mental health issues like severe anxiety and schizophrenia.

Digging into the topic more deeply, therapists often use a weighted blanket to sooth agitated patients. Parents do the same with cranky infants by tightly swaddling them. I suspect it makes them feel like they are still in the womb. It should come as no surprise that some people afflicted with mental illness attempt to self-sooth or self-medicate with excessive amounts of clothing.

Non-lethal means
The wearing of heavy, winter clothing comes into play when a person with mental health issues exhibits behaviors that necessitate a 9-1-1 call.

Further, suppose the Taser (the first choice) is not effective.

Maybe the prongs cannot penetrate the many layers of clothing. Maybe the clothing is saturated with sweat and the current is conducted through the clothing rather than the person's nervous system. Regardless, what is a cop going to do after the Taser "bounces off" the customer?

Likely they will escalate to lethal means rather than attempt a second kind of non-lethal means.

Proposal
When 9-1-1 dispatch includes the words "Psychiatric" or "Mental Health" in the call to the first responders, and if the customer is very large or sweaty or very heavily dressed regardless of the time of year...at least one of the first responders should have their spare hand on the pepper spray rather than the Taser as they attempt to talk the customer down.