Zev shuffled along the sidewalk pushing his shopping cart. He nodded to a couple of bums sitting on a bench outside the bus shelter. They were regulars.

Shortly after strategically placing a berm and bushes between him and the bums, he quietly tipped over the cart. Then he walked another fifteen feet and chanced a look around. Nobody was watching.

He bent over as if to pick up a coin...and then melted to the ground.

He was wearing what he thought of as an urban ghillie suit. From just a few feet away it looked like tattered, black plastic garbage bags, trash and dried vomit.

It was three hours until sunset and four hours before the lacrosse grudge match of San Mateo county began.

The daughters of two of Silicon Valley’s most powerful IT entrepreneurs played on opposite sides of the line. They would be there.

Zev’s position had been chosen with great care. “Dads” used to slip away to smoke cigarettes behind the press box when their kids were not on the field. Those tucked-way corners now harbored executives power-using their smart phones.

Zev’s hide was seventy yards from the press box. His silhouette was broken up by shrubs and his position would be in the shadows after the sun set and the overhead lighting came on. A palm tree on one of the parking lot’s islands put him in deep shade.

Zev had no doubt that one of the entrepreneurs would show up. He did not know if he would be able to catch him alone.

Now, all he had to do was wait.

The Jewish Testament forbids faithful Jews from murdering others. To “murder” is to kill another outside the law. It does set forth many conditions where the faithful are honor bound to put others to death. Some of the conditions seem quaint from today’s perspective: The owner of an ox is to be put to death if his ox has a history of goring humans and the owner does not take sufficient precautions and the ox later gores a human to death.

Zev pondered these things as he waited.

The crowds filed in. Zev was in a distant corner of the parking lot. A large, passenger van parked twenty yards from his position but did not block his shot. It disgorged its twelve passengers. Most other spectators walked or rode public transportion.

About a quarter into the game men started slipping away and accessing their smart phones. Zev brought a small pair of binoculars but found he did not need them. His eyes were in the shadows and his potential targets were brightly lit.

One target showed up but there were two other non-targets there. Zev rates his chances of a clean get-away as being near zero if there were witnesses.

Then one of the non-targets left.

Then the other non-target left.

The first target turned away from the second target, presumably to secure a modicum more privacy.

The second target was looking out over the parking lot as he spoke into his cell phone. He was looking straight at Zev’s position.

Zev shot him right between the eyes.

The sound from Zev’s rifle was a loud “Pop!”. Nine grains of powder does not make a lot of noise after it has pushed a bullet down sixteen inches of barrel. What muzzle blast it did cause was muffled by the two-chamber muffler Zev had constructed from two empty Dr Pepper bottles and clamped in place with a hose clamp.

The crack from the super-sonic bullet was far louder than the muzzle blast.

Zev’s rifle trainer taught his students to “watch the bullet into the target.” It was his way of training students to follow through and not inadvertently start moving before the shot was finished.

The first target turned upon hearing the noise and saw his competitor slumping to the ground. He assumed it was a coronary event and leaned down to render aid.

Zev racked the charging handle which was very awkward from the prone position. He lifted the rifle off the garbage bag he was using for a rest and rolled up on his left elbow. Then he broke stock weld and yanked the handle back with his right hand. Then he banged the forward assist with the heel of his hand. The sound of the bolt racking forward was louder than the shot.

Zev laid the Red Dot on the head of the standing target and stroked the trigger.

Zev heard the “P-Zing” of the bullet hitting the wire of the chain link fence between him and the target.

The target stumbled and lifted his hands to his eyes.

Zev racked another shell into the chamber. This one did not hit the chain link fence. The target went down.

Zev shook two 7.62X39mm shell casings, the preferred round of the Cali military, out of a zip-lock baggie. He picked up his spent brass and put it in the same zip-lock. Earlier that week Zev had shaken a tiny amount of smokeless powder recovered from one of his cartridges into the 7.62mm brass and ignited it with a burning splint. The powder residue smelled just like they had just been fired.

Zev also peeled off his disposable gloves so they were inside out. He deposited those in the zip-lock as well and sealed the bag.

Zev broke down the AR and stuffed the two pieces into one of his garbage bags.

Looking out over the parking lot before standing, he saw a couple pointing at the van between him and the targets.

Zev slowly lifted himself up in the shadows. He eased over to his shopping cart and slowly started moving away from his hide.

As he passed the two bums on the bench he advised, “You might want to shag-ass. I just saw somebody get shot and this place is going to be crawling with cops in a few minutes.”

Bums and cops don’t get along. Cops tend to use their billy clubs first and ask questions later. It is healthier to be elsewhere.

The two bums virtually sprinted away from the bench. Other hobos saw them and decided to vacate the premises on principal. 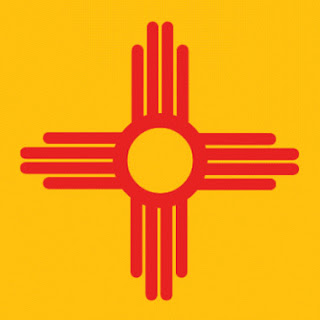 People fleeing a crime tend to flee straight away in the ordinal directions. Cops know this and set up road blocks along those ordinal arteries. Far fewer resources are dedicated to the corners.

Zev passed through a small park. He hoisted his broken-down AR into a fifty foot Black Acacia. Once in place, Zev yanked the release that dropped the paracord that dangled down. Zev would have to climb the tree to retrieve his weapon but that was not a problem. After all, he had climbed that tree to rig the pulley and cam-cleat.

Zev’s problem was to now become and stay invisible.

The dead targets were found ten minutes after they were shot. Cops showed up ten minutes later and they burned an additional ten minutes “securing” the empty passenger van.

And then all hell broke loose.