Lose a few pounds, play in the sun 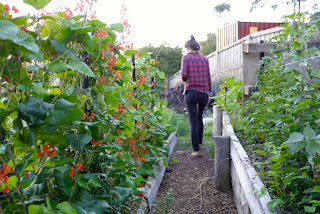 I had a conversation with a doctor regarding risk factors for Covid and poor health outcomes.

He danced around quite a bit. Infectious diseases are not his specialty and the Teamsters have nothing on the Medical profession with regard to protecting their turf. For instance, a Podiatrist (a doctor specializing in feet) can remove a wart from the bottom of your foot but he cannot remove a wart from the palm of your hand. It is not his specialty.

In the end, I went to scholar.google.com and surveyed peer reviewed literature. There were no surprises. Listed in approximate order of ease-of-observing:

For those who are not familiar with C-reactive Protein, it is an inflammation marker and is released when tissue (like heart muscle or blood cells) dies. It is hyper-sensitive and may be too sensitive to be useful. There is also the possibility that it is a symptom of the Covid getting ahead of your immune system rather than a cause of poor immune system response.

The encouraging thing about the first three bullets is that most of us can take actions to improve them.

And then scholar.google.com took a unexpected turn

Perhaps based on previous searches, scholar.google.com kept throwing the effects of Vitamin D on infant and maternal mortality into the search results.

In the United States, significant, intractable disparities exist in rates of major pregnancy outcomes between non-Hispanic black and non-Hispanic white women. A previously unexplored candidate influence on the black-white disparity in adverse birth outcomes is maternal vitamin D status. This review summarizes the evidence relating maternal vitamin D to preeclampsia, spontaneous preterm birth, gestational diabetes, and fetal growth restriction, and addresses gaps in our understanding of the contribution of vitamin D to the intractable black-white disparity in these conditions.  Source

How large is the Vitamin D disparity between white women and black women?

It is also worth pointing out that many black women are culturally adverse to spending time in the sun out of fear that it will make them look darker. This is a legacy of the times of slavery when slaves who worked in the house were much higher-status than the ones who worked in the fields. A web-search on "black women tanning" invariably leads to articles on black women using artificial tanning products (dye in a bottle) to make their skin "glow" rather than look darker.

But what about the peer reviewed research that "proved" Vitamin D didn't prevent Covid?

Science involves asking very precise questions and and running a series of experiments. Before running the experiments, the scientists must define the "goal posts" or "hurdle" with regard to the confidence level that the results must clear.

The general consensus among scientists who are not trying to sell you something is that Covid outcomes are dependent upon a multitude of conditions. For example, you can be old, receiving chemo-therapy and get a whacking-big-dose of the viral loading at the get-go and have a very poor outcome even if your Vitamin D levels are very high. Or you can have low Vitamin D levels and be young and fit and work in a day-care and have a very, very high level of antibodies from constant exposure to colds and get a small initial viral loading...and be symptom free.

So the Vitamin D hypothesis was doomed to fail when a multivariate problem was approached in a univariate way with a traditional, high level of certainty. The pivotal issue is that the scientists were testing for "prevent" rather than "improve outcomes".

Testing multivariate problems in a univariate fashion is not a trivial problem. There have been approximately 120 Covid vaccine trials world-wide and approximately 1/3 of them actively excluded individuals with high body-mass-indexes...the very individuals who would most benefit from an effective vaccine. 1/3 of the trials did not record BMI status and only 1/3 actively tried to include a demographically representative slice of high BMI patients in the population tested.

And just as a random observation, isn't it time to start monitoring Vitamin D levels and A1C levels as vigorously as we monitor cholesterol, at least in women ages 15-through-45?

Pack your own parachute. Make your own, informed choices. Stay away from crowds. Putter around in your garden (in the sun)*. If you have highly pigmented skin, take Vitamin D supplements.

*Advice I received from Billybob in Arizona on how to get and stay healthy.

Posted by Eaton Rapids Joe at 5:59 AM