What every young man needs to know about women, Part IV-c 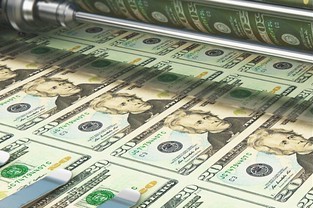 “When you find yourself at the end of a dead-end road, all you can do is turn around” Fred told Owen, his grandson.

“All you have to do is tell Mary Jean that she surprised you when she said she wanted to go up-North on the same day as our family reunion. Tell her you had time to think about it and now you are ready to talk about it” Fred said.

Fred gave Owen a long, hard look. “Why not? Great fishing. Great hunting. No big cities. Seems like you would be chomping at the bit to go to Newago.”

Owen looked embarrassed. “I don’t like meeting new people” was what he was able to grind out.

That set Fred back a bit. Thinking back, Owen’s crowd of friends was not a very big crowd and hearing it from Owen’s own mouth made a lot of details pop into focus.

“That is a tough situation” Fred admitted.

“But you gotta remember, this is not about you, it is about Mary Jean. The folks you will be meeting for the first time are only looking to get one thing answered: Are you good for Mary Jean or are you a jerk?”

“What you need is a ‘Bull Durham’ script” Fred said.

“What is a ‘Bull Durham’ script?” Owen asked.

“Bull Durham was a movie about an old catcher working in the minor leagues. His job was to coach the pitchers who were about to move up to the big leagues on how to give great interviews” Fred said.

“If you give the news reporter a great story with no loose ends, everybody is happy” Fred said.

“So as soon as you can work it in, you let whoever you are talking to know that Mary Jean is the best thing that ever happened to you, that you adore her and cherish her.”

“I expect she will and that won’t hurt you a bit” Fred said. “Just like ‘respect’ is the oxygen men need, being loved and cherished by their man is the oxygen women need.”

Owen had a tortured look on his face. “But I will probably crap my pants when I have fifty strangers around me asking me all kinds of questions.”

He really looked like he was on the verge of a panic attack. Fred wondered how he ever could have missed it.

“You remember when I was telling you about you and your wife having the-week-from-hell and then fighting when you had an hour together?” Fred asked.

“The fight was inevitable because you and your wife put everything else ahead of making your relationship strong. Coaching the soccer team, baking cookies for the PTA bake-sale. At the end of the week, you didn’t have enough time and energy left for both of you to get your needs met” Fred said. “One of you was going to have to do without.”

“What does that have to do with Mary Jean’s reunion?” Owen said.

“Her need is to have you meet her family and impress them” Fred said. “Your need is to know a few of them well enough that it doesn’t feel like you are walking into the reunion ‘cold’.”

“I am not saying this is the only way, but one way to fix it would be for you and Mary Jean to go up-North a couple of days early so she can introduce you to her granny, so Uncle Rufus can take you walleye fishing and Aunt Edna can show you the still in the old chicken coop.”
"Then Granny, Uncle Rufus and Aunt Edna will have clued in the rest of the family that you are a good-guy BEFORE the reunion starts."

“My boss won’t let me off work” Owen declared.

“You ain’t asked him yet. I bet if you told him it was for Mary Jane he would say ‘Yes’. A good crew is hard to keep together and he is likely to agree because losing you for a couple of days is better than having you quit and losing you for the rest of the summer.”

“But what do I say when I am with Mary Jean's family?” Owen asked.

“Lemme tell you something my Granpop told me” Fred said. “If the only thing they have to serve is biscuits and home-made jam, tell them that nothing tastes as good as their jam. If the jam doesn’t taste good, them them the color sure is pretty. If the color ain’t pretty, tell them it spreads good and that is hard to do with home-made jam. And if you can’t say that, then tell them their fresh biscuits are so tender and fluffy they don’t need no jam.”
"The thing is, Mary Jean's family wants you to be a great guy. They want to believe Mary Jean's guy is a great catch. You don't have to give them a lot for them to decide you are 'OK'."

“At this point, you only have one decision to make. Is Mary Jean important enough that you are willing to take a couple days off work and be uncomfortable for a little while?”

“I don’t know about you, but if I had a machine that I could feed $1 bills in one end and it spat out $20 bills on the other, I wouldn’t be spending any time trying to figure out how to run it on-the-cheap. I would be feeding in the $1 bills as quick as I could” Fred said.

“Looking at how happy you and Mary Jean are together, you are getting a hell of a pay-out for the effort you are putting in.”