Weather. Everybody talks about it

There are two, maybe three things that impact global temperatures and, as a consequence, atmospheric transport of water.

The second factor is the albedo. Albedo is the reflectance of the earth + atmosphere. Volcanic eruptions inject more particulate into the atmosphere and make it more reflective. The same amount of energy might hit the upper levels of the atmosphere but more of it is reflected back into space before it gets to chlorophyll.

There are other factors that accelerate the tipping of atmospheric cooling. 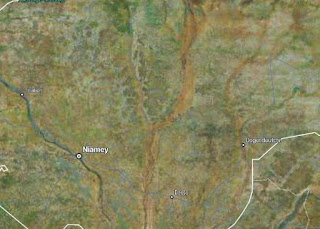 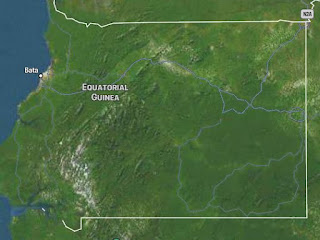 Another factor that "tips" the albedo is snow. Snow is more reflective than snow-free areas. Greater areas covered with snow or snow that remains on the surface for a longer period of the year reflect more heat into space and amplify the cooling part of the oscillation.

Volcanoes sleep, awaken and then go back to sleep.

Once the system "tips" it feeds off of its own momentum.

As somebody who putters about the garden and fancies that he could feed his family from his property, the issue of "dry" is more immediate than increased cold or a shorter growing season.

I wouldn't write about this if there were not some actions that I (and others like me) could take as a hedge against the possibility of longer and more severe droughts. Hopeless hand-wringing is for victims.

Weeds are my own, personal failing. Weeds compete with plants that produce human-quality food and every weed takes food out of your mouth and the mouths of your wife, children and grandchildren.

Weeds: Eternal vigilance and no mercy.

Annuals go through a seedlings stage. They don't have much in the way of roots and are most vulnerable to drought when they are first planted.

Perennials store energy in their extensive root system for the first flush of spring growth. They launch out of the ground with a mature root system intact.

Some perennials are more drought resistant than others

In a pasture, short plants that are grazed more often are more susceptible to drought than taller, deeper-rooted species that are typically grazed at longer intervals.

Bluegrass, Red Fescue and White Clover are examples of pasture plants that are susceptible to drought.

Smooth Brome, Switchgrass and Alfalfa are examples of pasture plants that are less susceptible to drought. The downside of these species are that they are much less tolerant of continuous grazing and you must manage your animals (rotational grazing) or treat them as a hay-crop.

If you had a crystal ball and could see a drought coming, it would behoove you to do "release cuttings" of your trees and to plant your unirrigated crops at lower densities.

This might be a good time to turn your lowest value trees into firewood, even if you will not need it for a few years.

Give a big dose of trailermycin to every animal that ever jumped or pushed through a fence.

And to every animal that ever tried to kick you.

Or lost a calf or a lamb.

Or has bad hooves or teeth.

That needs a special diet.

Remove every tree in your orchard that you are hanging onto out of inertia.

Remove most of the trees in your orchard that you are hanging onto for sentimental reasons or because it is "cool" to be growing a variety that Thomas Jefferson was said to have grown.

Take a very long, hard, dispassionate look at heirloom varieties that you may have grown in years past. Do they pull their own weight with regard to yields? They will not be any more productive when there is a drought.

Keeping run-off from leaving the property

Permaculture goes into great detail on how to design "swales" to capture runoff.

In very dry places, many plants survive by assuming a "rocket-burn/coast" strategy. They grow like the dickens when there is soil moisture and then coast or appear to die after the soil dries. Capturing the run-off so the soil is moist for a month or two is critical for those plants to leaf-out and make use of the moisture.

One gardener in Arizona noticed that juniper needles tend to fall straight down and form a deep, adsorbent mound beneath the tree. Individual juniper trees have survived centuries and this mounding may have helped.

He is mimicking that with his plantings. He creates a shallow dish and fills it with organic material and mounds it. Then he plants into the center of the ersatz juniper mounds.

Unless your property is cement-slab-flat, there will be places where the wind-flow separates and is lower velocity. This is a double-win because these are the exact same places where snow-drifts form. The snow melt is water. The location is has lower evaporation potential.

One risk of drought that is not discussed much in the mid-West is the increased risk from wildfire.

That double-row of Blue Spruce around your house becomes a major liability.

If you had a crystal ball, you remove highly combustible conifers near your house and you would prune out dead limbs to prevent ground fires from climbing into the crowns.

Be strategic with what you do irrigate.

In alignment with the comments about culling, don't waste irrigation on specimens that you are ambivalent about keeping.

Lots of books out there

This was a 40,000 foot overview. There are lots of books out there (one example focusing mostly on "cold" and not "dry"). Some of them are very narrow in scope. Others are more general.

I would love to have any of my readers suggest books for people who might have an interest in gardening and growing food in dry climates.