What every young man must know about women, Part IV-a 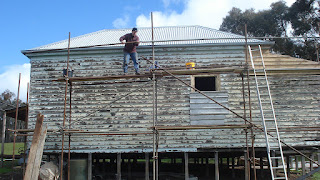 Owen was complaining that Mary Jean had changed, that she had morphed into a negative, complaining harpy.

“How long you two been dating” Fred asked.

“And she changed, just-like-that?” Fred probed.

“How long has she been like this?” Fred asked.

“About a week, maybe two” Owen said. “She keeps this up and I don’t think I wanna be her boyfriend.”

Fred mulled the information over in his head. Somewhere between a week and two weeks probably meant it was not hormonal and Fred was not about to ask if Owen had gotten Mary Jean in the family way. For one thing, Owen would not be talking about breaking up if that were the case.

“So she was a total sweetheart for eight months and then she turned into a shrew?” Fred repeated back, just to make sure he heard right.

“That means something happened that turned her into a shrew” Fred pronounced. “A girl cannot fake being a sweetheart for eight months, not and have everybody convinced.”

“She might be able to fool her boyfriend and maybe one-or-two others, but everybody here just adores her” Fred said.

“You won’t like her after you see what she turned into” Owen informed him, darkly.

“Do you have any idea what set her off?” Fred asked.

“Sure do. She wants to go up to Newago the weekend after July 4. That is the same weekend we have our family reunion so I told her we weren’t going” Owen said.

“Any idea why she wanted to go to Newago that weekend?” Fred asked.

“That is when her family has their reunion” Owen said.

Fred took a few seconds to say a quiet prayer. He asked God for wisdom to help guide his grandson over the shoals of man-woman relationships.

Fred asked Owen, “You have been working a lot of gigs, haven’t you?”

“Had some good bosses and some bad ones?”

“Who was your best boss?”

Uncle Rob had been “putting lipstick on pigs” and flipping houses.

“Who was your worst boss?” Fred asked.

“What made him a bad boss?” Fred pushed.

“He was stupid” Owen said. “And he micromanaged everything, even things he didn’t know anything about.”

“Which boss got their money’s worth out of you?” Fred asked.

“Uncle Rob did” Owen said. “What is your point?”

“I am an old man, you can spare me a few minutes to get around to it” Fred informed his grandson.

“Why didn’t Wallace get his money’s worth. What did you do different than when you worked for Uncle Rob?” Fred asked.

“You couldn’t reason with the guy. So we just did EXACTLY what he told us to do. If he didn’t want us thinking, then we were going to do everything he told us to do the stupidest way we could.”

“That is called being ‘passive-aggressive’” Fred told his grandson.

“Did Uncle Rob ever ask you to do things you thought were stupid, that there was no point in it?” Fred asked.

“Yeah. He had us lug generators everywhere, even when there was power in the house. I thought it was really stupid when we could just run extension cords” Owen said.

“Did you ask Uncle Rob about it?” Fred asked.

“Yeah. He said had to net at least $30 thousand on a house to make it worth his time and aggravation.”

“He said he had one house where he blew the wire off the breaker box and he said he lost $15k on the house by the time he made the inspector happy. Something about ‘exploiting poor people’ and bringing the entire house up-to-code.”

“The other thing was that it tied up his money four times as long. He had to keep babysitting the money-pit when he could have been out flipping houses for profit.”

“I lugged generator around the site. I didn’t like it. It was a pain-the-butt but I could see why it had to be done.”

“Did you cheat? Did you ever run an extension cord into the house?” Fred asked.