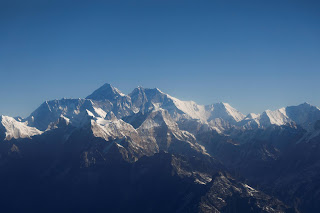 In 3-Space, the most common systems are rectangular-Cartesian, Spherical and Cylindrical. Not only are there different systems, but the origin and the X-Y-Z (or R-theta-iota or L-R-gamma) can be different as well as the units of length or angle.

In our family, we use the phrase, "Measuring down from Mt Everest rather than up from sea level" as code for the tendency to compare somebody's wealth to Bill Gates, intellect to Bayou Renaissance Man, raw good looks to Old_NFO, coolness to Mr B and so on.

That guarantees that the person who engages in comparing what they have to what others have will always be acutely disappointed. They are programming to be unhappy.

The "Measure down from Mt Everest" tendency is encouraged by social media. When was the last time you saw somebody gushing about their new boyfriend who worked in a factory making $15 an hour, had an I.Q. of 95, looked like every guy in a crowd and who wore blue jeans, camo and Timberland boots everywhere?

I believe that we were genetically hardwired to measure down from Mt Everest due to evolutionary pressures. If the next village over was harvesting 50% more wheat-per-acre or the neighbor consistently brought home a much larger catch of fish. We either need to step up our game or be dominated by our neighbors. Family groups and villages that "measured down from Mt Everest..." were more fit and less overwhelmed than those that did not.

The train-wreck came when modern people doing that for ALL attributes simultaneously including ones that are not linked to any meaningful outcome. The problem is exacerbated by the fact that we know Bill Gates' net worth while we had no glimmer of conditions of villages 200 miles away two-thousand years ago.

Does thick, curly, glossy hair free from desquamation detritus have any relationship with a potential mate's fidelity or common sense? Perhaps it did 4000 years ago when it might have been an indicator of trace element deficiencies "back on the farm", but does it now? If our mental hardwiring evolved over 50,000 generations then it is not realistic to expect it to decode over 20.

The countermeasure for "measuring down from Mt Everest" is to consciously think through and decide to use baselines that are appropriate for our current environment. Is a man's income enough to support a family for two years while his wife has a baby? Is he comfortable living in a less fashionable place than his coworkers if that is what is required to make two years of "single engine flight" viable?

Is one-of-the-two of you smart enough to do your own taxes, read a simple contract and understand it?

If raw attractiveness is related to fitness and health in a foundational kind of way, are both people capable of walking for three miles (an hour)?

Is one-of-the-two of you "cool" enough to walk into a room of strangers and sense the mood? Buy necessary groceries? Ask directions?

Darwin has been misquoted as saying "Survival of the fittest". What he actually wrote was "Survival of the fit". Popular culture bent the quote to conform to the desire to "measure down from Mt Everest" when his original quote was more fitting for the world we really live in.