This post is written specifically for men, especially for those of us over age fifty and whose girth has increased ever-so-slightly over the years.

Women, do yourselves a favor and don't drop below the break. I refuse to be held responsible for any fainting, ugly babies or broken marriages.

Those of you who are man enough, please put down your drinks because we are going to discuss a very serious topic:

How many of my readers ever went hunting nightcrawlers for bait. Seeing a whopper, you leap and only manage to grab a half inch of the fleeing bait. The whopper has a grip on the burrow and the tiny bit you latched ahold of seems to evaporate out of your grasp. It is only by slowly....SLOWLY...pulling that you are able to bring the beast to bag.

This issue occurs in other venues as well.

It is a common issue for men in the great, snowy north to have trouble finding Second Lieutenant Goldbricker when the time comes to shake the dew off our lily.

There you are, out there in the woods after making firewood or riding snowmobiles or ice-fishing and you might find yourself frantically digging through eight layers of insulation and wind-resistant clothing as you try to find the Second Louie with every second counting...

And the Second Louie knows it is cold out there and firmly planted his Setae into your whitey-tighties.

The obvious solution is to tie a string to it! Be forewarned that there are risks associated with this solution as my younger brother found out.

He used the standard Figure-8 halter hitch. He made two wraps around the fencepost to keep it from sliding off. See how delicate I am? I just know some of the women could not resist reading below the break.

Three factors contributed to my brother's problem. First of all, he was younger so he didn't have a Second Lieutenant, he had a Corporal and everybody knows that Corporals snap-to attention on a very regular basis. 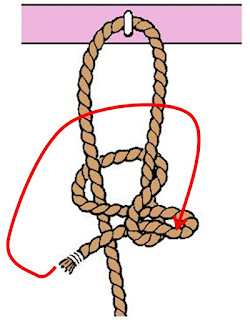 Corporals being corporals, he thought he saw an officer (or maybe the wind started blowing) and he popped to attention. Discomfort resulted. Irritation. More expansion. The double-wrap became buried.

The third issue was that it was bitterly cold outside and he did not want to disrobe so we could properly inspect and address the problem. In a sense, we were faced with the task of operating through a keyhole on a body-part that was very dear to my brother.

My brother did not trust us to resolve the issue with a razor-blade and the double-wraps were so deeply embedded as to make it impossible to slide a blade between the baling twine and his post.

Fortunately, one of our quicker-witted men knew what to do in just such an emergency. A few deft swipes on his smartphone and the problem was resolved.

Be forewarned: This is not pretty. 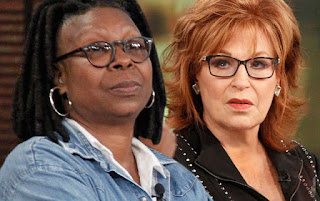 Problem solved. And now you know that even these two have a purpose in the Universe.
Please feel free to bookmark this page in case you should ever need it.
Posted by Eaton Rapids Joe at 7:00 AM