Its all about me 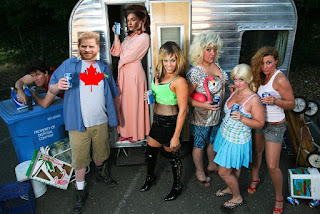 The Social Justice Warriors, at least the ones who are nominally female, gush about some chick named Meagan. "She is SO STRONG!", "She doesn't bow to the Patriarchy.", "She makes her own path."

The fact that the Queen of England is a woman somehow eludes them.

Apparently, this Meagan chick and her squeeze, Harry, are looking for work.

May I suggest they host The New Harry/Jerry Springer show out of Vancouver?


Its all about me