Do your hunting before you pull the trigger (fiction)


Chernovsky slung his hammock and settled in for the night.

He had spent the last couple of evenings, O-drunk-thirty if you prefer, scouting out places to lay-up and spy on the heart of Livingston county.

Chernovsky didn’t care. He brought a change of clothing. 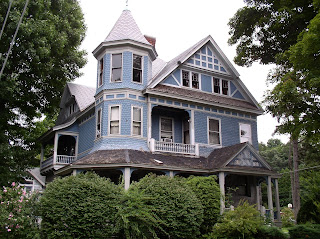 He had almost picked the Captain’s Loft of a three-story Victorian as his first vantage point but then he listened to his intuition. Even thought the house appeared to be ideally situated to view all of downtown Howell, the issue of how to not be back-lit by any of the many windows remained. People rarely look at abandoned houses. People rarely look up. But the contrast of a man passing between two windows is enough to trigger the rods in the peripheral vision of most people.

Ultimately, Chernovsky chose an old grain elevator about two-hundred yards farther out from the center of Howell. The fact that it was farther out was made up for by the fact that it was taller and that the roof line was very, very busy. Nobody would notice Chernovsky as long as he moved slowly and did not spook the flocks of pigeons any more often than the resident raptors.

Chernovsky did not have much of a kit. He had cached most of his things. He had a much better chance of bullshitting his way out of trouble if he didn’t have a gun or maps.

Chernovsky had two gallons of drinking water, pancakes and dried fruit supplied by Dave, his new AA buddy, a hammock and a baseball hat.

There are old spies and bold spies, but there are no old, bold spies.

Chernovsky stumble-bummed his way around the edge of downtown, then made his way to the elevator. He climbed the fire-ladder to the roof and settled down for the night.

A sketchy character roaming about is expected an hour after sunset. That same character raises alarm if he is seen at four in the morning. That, and an observant tracker can read a story in the dew in the morning. Positioning the evening before eliminates that risk. Yes, the risk of tracks in the dew are low, but they are not zero.

Chernovsky slept well. There was a breeze forty-five feet up in the air and there were no mosquitoes.

Chernovsky was not looking for anything in particular the first day he observed. He was looking for flows and patterns of movement.

Mentally, Chernovsky prepared himself to have to relocate two more times. It would be a fabulous stroke of luck if his first observation post was optimally placed to collect the information he needed. Better to gain a feel for the community and pick a second observation point that was either more central or added-to what he could learn from the first post.

To people who knew Chernovsky superficially, they would have said such patience was out-of-character. They might have made the analogy of a right-fielder in baseball being moved to short-stop. Observing is an entirely different tempo than what they expected to see from Chernovsky.

What they missed is that Chernovsky had done a lot of growing since playing football in college.

For one thing, Chernovsky had become an active listener. He no longer listened so he could wedge in a comment. He listened to understand.

Chernovsky was hunting. He wasn’t hunting a quarterback in the backfield where failure would be the other team getting a first down. He was hunting for bigger stakes. Failure would result in Chernovsky’s head on a pike.

Chernovsky woke with the rising sun. He didn’t move fast. He wasn’t going anywhere until well after sunset. He had mentally budgeted a week to have two more "events" hit Howell and he intended to do his hunting BEFORE he pulled the trigger.

Back in Capiche, Shadrack Shaw dropped off a small order to the Denny Blastic farm.

Looking around, he saw enormous amounts of hay. He knew the story. Blastic cut Reed Canarygrass, a grass that grew rankly in organic soils, a grass filled with toxic alkaloids that made animals sick.

Denny Blastic died in an “accident” and left the estate in disarray. The family was still trying to sort things out and the last thing on their minds was the thousands of bales of unsalable hay.

Shad went up to Vernon and suggested “Maybe you ought to put a few bales of hay up for auction. You might be surprised by what you get.”

Vernon answered morosely, “Wouldn’t be worth hauling them to auction. Nothin’ will eat that hay. Nobody would buy it.”

The Blastic family owned many of the horses in Capiche but they were leased out to help the Blastics make ends meet.

Pamela DeTine, Vernon’s (live in) girlfriend chimed in “Hear him out, Vernon.”

“Just stick a toe into the water.” Shad said. Shad was an entrepreneur by nature. “Send one bale to auction as an example and sell one-hundred, sitting in the barn. Let the transportation be the buyer’s responsibility.”

“Who would buy them?” Vernon asked. He did not get out much.

“You don’t have to know HOW they are going to use it. You just have to show them what you have and how many you want to sell this week.” Shad said.

Later that week, Shad picked up one hundred bales of crispy-dry, Reed Canarygrass hay for ten silver dollars. Even he didn’t know what he was going to do with it but he didn’t want Vernon to fail.