Trolling as it applies to deer hunting

The fisherman dangles a baited line into the water and allows the wind, current or motor to move him across the water. The bait, natural or artificial, moves in front of predators poised to ambush prey. The predator responds as their nature dictates. They bite and are reeled in. 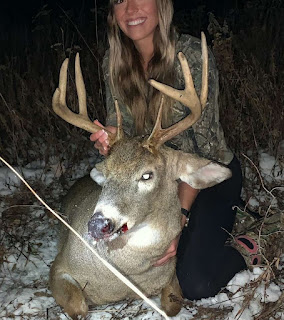 Belladonna has a friend who might be just a wee bit competitive.

Last night she posted a picture of the deer she harvested.

This morning at 10:20 Bella posted another picture 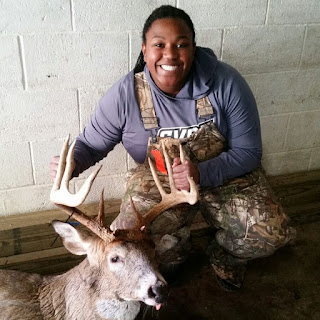 She informed her friend that she had gone out hunting again this morning and then posted this picture.

She never SAID that she harvested this deer. She just let her friend make the natural assumption.

Then, a half hour later, after giving the information time to ferment, she confessed that it was a deer at the meat locker where we had dropped off her deer.

Unfortunately (not), the friend had just disseminated the photo to about 1400 of her closest friends confiding that "her" friend had killed this deer.