The Shrewd King 17.1: Nothing brightens up a day like a goose in the caboose 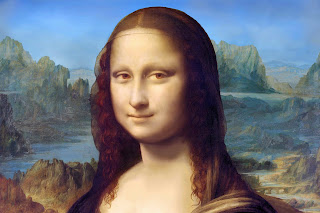 Sam sent one more mortar round downrange and it impacted just outside the west bus.

“Send three more, exactly like that.” Quinn sent back.

Sam had three more in the round before the first of the three hit.

Quinn assessed where they landed.

“Give me fifteen more yards to the right and send the rest.” Quinn directed.

Gimp put his hand on Sam’s shoulder after he sent the ninth round. “I don’t want to shoot us dry.” Gimp said, contradicting Quinn’s orders for the first and last time.

“I wanna come up and assess damage.” Gimp radioed to Quinn.

Gimp followed the path he had seen Quinn disappear down earlier that morning.

The buses were battered but upright. Not a window remained. Very scattered gun fire was being returned in the direction of Jason.

Quinn did not know how anybody could have survived the mortar barrage. The blasts had shaken his ribcage like an terrier shakes a rat.

The tanker truck was unscathed. Unlike Kate's store, the force of the explosions were not contained by a structure. Furthermore, the ether-based explosive was not as energetic as the gasoline based explosive in Kate's store. Janelle chose for-sure detonation over maximum energy.

“If nine rounds didn’t hurt it, then another five won’t make a difference.” Gimp told Quinn.

They pulled back out-of-sight to confer with Chernovsky.

“I think we can capture the fuel tanker.” Quinn told Chernovsky.

“What is your confidence level?” Chernovsky asked as the return fire from the hostiles started to pick up.

“What is your confidence level that you can destroy the tanker?” Chernovsky asked.
Quinn looked over at Gimp. He had brought along the RPB-7 launcher.

“I estimate we have a +90% chance of destroying the tanker.” Quinn said.

“With all due respect, is it wise to strand a couple hundred, mechanized fighters in our neighborhood?” Quinn asked.

“If they get back home, they will bring two-thousand next time. Now stop arguing and destroy the tanker.” Chernovsky cut him off.

“Gimme that fucker. That is my job.” Quinn said.

“Look. We cannot hit the tank from this side. Somebody’s gotta sneak around back to hit it in the ass. I am more mobile than you and I know the lay of the land, Gimp.” Quinn said to drive the point home.

Gimp did not argue. It would likely be a suicide mission for him to sneak around back and he might not be able to make a kill shot before the gomers got him.

Gimp pointed at two levers. “This one down. This one forward. The grenade needs twenty yards to arm. Gets hard to hit from more than three hundred yards.”

“Sweet spot is about a hundred-and-fifty yards.” Gimp said, “Unless you are fireproof.”


Quinn hefted the grenade launcher and slid the spare round into his back-pack. Flashing Gimp a big smile, he said, “Been great workin’ with ya.” Quinn crabbed over to stream-bed to the east of the bar and simply disappeared into the dense brush.

Gimp picked up the occasional flash of sun on the launcher tube but Quinn was invisible.

Gimp called back to the mortar crew. “Quinn is going in. He needs coverage. I want fighters firing from three spread positions. Take your time. Fire when you have a target before you shoot.”

“Last I saw, Quinn was seventy yards east of the tanker and will fire at it from the freeway road-grade, somewhere behind it.” Gimp said. “If you think you might be firing with him in the background, make damned sure you target has a solid backstop.”

The early morning sun threw long shadows. It was impossible to see Quinn as he flitted from shadow-to-shadow. It was easier for Gimp to see where Quinn had been because the bent-over grass was not shiny with dew.

Gimp moved over to the brush Quinn had disappeared. Gimp wanted to maximize the width of the sector the hostiles were taking fire from. Many of the hostiles had figured out that most of the fire was coming along the axis of M-99. So much for having fighters spread out.

The hostiles managed to put cover between them and Jason and were returning fire.

Oblivious to Gimp on their left flank, they were completely exposed to him.

It was a textbook example of servicing targets.

One of the hostiles, either because he had more tactical awareness than his fellows or because he noticed the lack of fire from his rear, turned...and saw Quinn climbing into position to take a shot at the tanker car.

Shouting, the alert hostile got the attention of his fighting-effective team-mates. They turned and started firing at Quinn.

Gimp cursed and started single-tapping as fast as he could pull the trigger with the alert fighter being his first target.

Out of the corner of his eye, he saw Quinn twitch, then tumble. Miraculously, he retained his grip on the RPG launcher.

Then, to his amazement, Quinn assumed the classic, Marine Corps sitting position as calmly as if he were sitting at Larry Tomanica’s shooting range.

Gimp’s bolt locked back. Not looking at the firearm, Gimp dumped the empty magazine and slammed a fresh one home. Gimp could not help but watch Quinn as he launched the grenade at the tanker from a range of 200 yards.

Quinn’s shot hit low-center of the tank. The explosion was not like the movies. The tank ruptured. Liquid gasoline spilled on the pavement and some gouted up, into the air.

It was not like the movies until the rolling fog-bank of gasoline vapor encountered one of the still-lit cigarette butts smoldering where it had been flung.

Then the world turned bright white. Then yellow. Then orange and red.

For the first time in his life, Gimp had something in common with the Mona Lisa. He had no eyebrows.