A close encounter with an oil-free future

I almost had the privilege of living a post-oil experience today.

Mrs ERJ and I were coming back from my parents home.  We take them dinner on Fridays.

I noticed the gas gauge was low.  Very low.  I took a detour on the way home to hit a gas station.  I rounded a corner and started accelerating up a hill.  There was nothing there.  Then a little sputtering.  Then nothing.

We coasted up over the top of the hill.  Hills in Michigan usually don't amount to much.

Then the fuel sloshed far enough forward for the fuel pump to grab some and make the motor happy.  It was a mile to the gas station.  We made it.

Prices are set by the margin
First of all, I think it is juvenile to dream that "the economy" will go away.  It is just as productive to dream that we will one day wake up in a parallel universe.  Governments can mandate and the economy will bend...but it will not be replaced.

I also believe that we have enough oil for the next thousand years to supply the very highest value end-uses.  That will be things like pharmaceuticals, optical grade plastics, herbicides and insecticides and fiber. 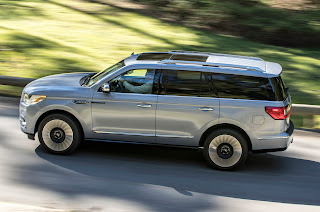 What starts to fall off the table is driving a 3000-to-6000 pound vehicle 20 miles to pick up a bottle of aspirin or a single spool of thread or to work four hours at a minimum wage job.

Mrs ERJ's vision
I asked Mrs ERJ what her vision of a end-of-oil future might look like.  Her insights are worth considering since she just came off a month without her own, personal vehicle.  She pretty much lived this experiment.
Her picture was a return of neighborhood grocery stores.  Her thinking is that it makes more sense to send a fully loaded cargo van to the store every other day than it does to have 2400 people drive to WalKroAlbMeirsons every other day. 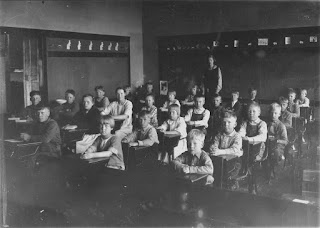 Her picture includes neighborhood schools...perhaps even one room schoolhouses in areas where population is less dense.  Why not have all the kids within two miles walk to school (40 minute walk) rather than send a 20,000 pound school bus around half the county to collect them.  A side issue is that the curriculum will have to stabilize.  One "leverage" available to multiple grades in the same room is that older students can help younger students but that cannot happen if the math, science and reading programs change every three-to-five years.

We will go shopping less often.  We will eat soft fruits like strawberries and blueberries and banana less often.  They will be a treat.  Sturdy fruits like apples and no-refrigeration-needed vegetables like cabbage will become more important.  Meat will become a luxury item.  Larger meat animals, like hogs, will become seasonal or slaughtering one will occasion a huge, neighborhood feast similar to Potlatch Culture.

Driving less means we need fewer vehicles.  The Amish often pool their resources and will have one vehicle (typically a full sized van) for eight or ten families.  You can haul a LOT of groceries in one of those.  An even lower cost approach would be to have a standard vehicle and a medium size trailer to pull behind it. 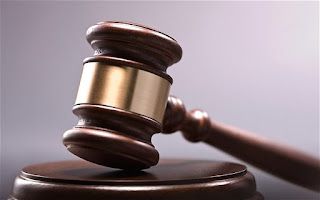 Like Potlatch Culture, shared vehicles place a premium on robust, community mechanisms.  Knuckleheads will not disappear if/when oil becomes expensive.  In fact, they will become FAR MORE VISIBLE than they are now.  People will need starch in their backbones.  The takers, resource hogs, manipulators, people with personality disorders cannot be tolerated or the fragile, nascent community ventures will collapse into rubble.  We will no longer be able to afford to subsidize their fantasies.

Other stuff
Gardening will become more popular.
Five acre lawns will be renamed.  They will be called "pastures" or "hay fields".

Everybody will have a bicycle and we will ride them.

The heated and cooled portions of dwellings will be smaller, or at least there will be less square footage per person.  Most of the area in our homes is dedicated to "stuff".  How much of that "stuff" requires climate control?

We will dry our clothes on the line.  We will watch the weather and do laundry only when favorable for line drying.

We will plan more.  We will keep lists.  We will be less spontaneous.  Daffy people will struggle because there are few resources available to support their Plan B.

That is about when we pulled into the driveway.
Posted by Eaton Rapids Joe at 8:25 PM