The Confederate flag and Guyland 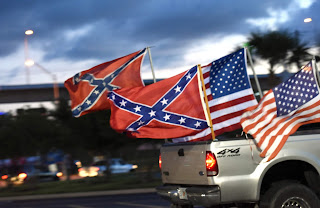 Fellow blogger, Pawpaw wrote in the comments of a recent post "...As for the battle flag, it should rightfully go on the dust-heap of history."

I respectfully disagree with Mr. Pawpaw.  Here is why.

Mark Twain once quipped that


Teenagers should be stuffed into a barrel and fed through the bunghole.  Upon turning eighteen the decision should be made whether to let them out or to drive in the bung plug. 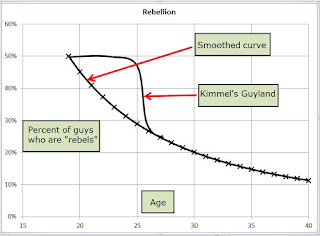 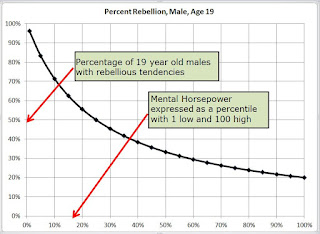 Probably the 14-to-26 year olds whose ability to verbally process and argue their case is not up to full, adult standards.  They are verbally overwhelmed.

Driven and on the defensive, they dig in and become oppositional.  They refuse to play the enemy's game on the enemy's home turf.

Like a toddler clamping his mouth shut and refusing to eat whirled peas, the Guylandians exercise the only power they have.

Eliminating the flag will not erase the demographic (or their issues)

Eric Hoffer wrote about The True Believer in the book of the same name.  He contends that young men are driven to thuggish organizations by their feelings of alienation and powerlessness.  Alone, they are easy prey for lawyers, fast talkers, used car salesmen and other sharpers.  In the dark of night, within a mob of like-minded thugs they are powerful and cause fear.  They crave this respect.

It matters little to the True Believer whether they are busting heads for Communism or NAZI ideals or Nationalism or whatever.  They crave respect.

If you deprive the knuckleheads of the Confederate flag, what will they run to?  You just pissed all over their respect. 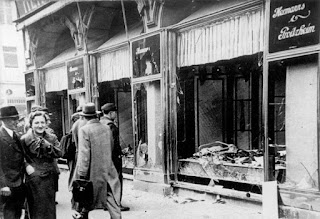 At least the Confederate ideals honor individuality and minimize collective actions like the wholesale busting the shop windows of all the people you do not like (Kristallnacht).  The violence you see on the evening news is rarely perpetrated by folks wearing Confederate flags.

I contend that the Confederate flag is a symbol of defiance, and emblem of "You can't make me!" and an icon of a healthy skepticism of "authority."   And be honest here, as mature adults do you REALLY believe that everybody who claims to have your best interest at heart is worthy of unquestioned authority?

I want to think that most of my excesses of youth are behind me.  But even as I leave my youth, and its needs behind me, there are other knuckleheads just entering Guyland.  I might not have a burning need for the Confederate flag but that does not mean that others do not have a need.  Throwing the Confederate flag on the dust-heap of history would be a mistake because all of the other alternative that would fill that vacuum are worse.
Posted by Eaton Rapids Joe at 11:58 AM