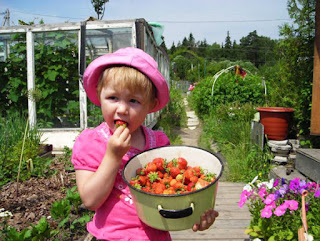 Every once in a while I am researching something when I run into some other tangential thing on the Internet that has Anthropological value.  I was investigating Dacha gardens in Russia when I stumbled across The "Ringing Cedars of Russia" or Anastasia movement.  RCOR is one of those tangential "things" of Anthropological interest.

Imagine the mysticism of Carlos Castaneda's Don Juan, the fresh-scrubbed appeal of Anne of Green Gables, the innocence of hippy communes and the eclectic, hybrid vigor of the New Age Movement.  Then overlay a heavy Russian accent.  That, in a nutshell is the Ringing Cedars of Russia movement.


The newsletters are a treat.  They have many photos of people trying to go back to the land.  That is pretty tough sledding when "the land" is in western Siberia.

This might be one of the things Ringing Cedars of Russia can offer the rest of the world.  What to do with "The End of Work".  You don't have to be the best to be entertaining or to effectively weed a garden.  Just do it.

One reason for the lack of work is that Pepe or Eric or Robert can be recorded electronically and cloned a billion times with almost no human input.  But what if physical presence was equated with "great" and people wanted to hear music untweaked in real time?  What if that became the standard of excellence? 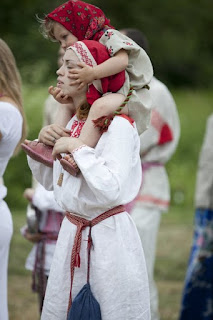 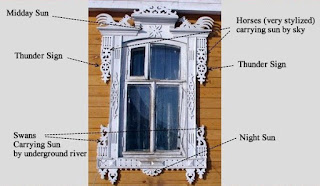 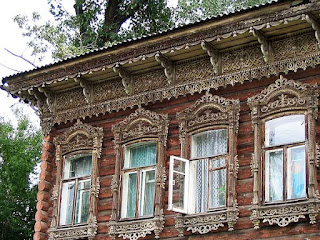 I don't want to present this as a subsistence movement.  These people have money.  They have foreign SUVs, lap tops, solar power, "costumes" and pervasive marketing.  They also have energy and a vision.

I don't present it as Nirvana.  I present it as a bunch of folks with a common vision getting off their dupa and going to work.
Posted by Eaton Rapids Joe at 7:30 AM