Now, beat me half to death with a two-by-four 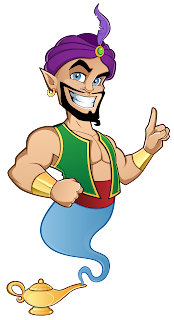 A man was once walking along a beach when he stubbed his toe on a genie's lamp. Rubbing it, the genie appeared.

The genie said, "I will grant you three wishes, but there is a catch.  Anything I get or do for you, your worst enemy will get twice as much."

After thinking another minute the man said, "Now I want you to give me the woman of my dreams; a woman of passion and beauty, gentleness and wisdom a woman who will totally consume me."  The genie clapped his hands twice and it was so.  And his enemy had two such women.

Without hesitation, the man said, "Now you must beat me exactly half to death with a two-by-four."


Cancer is currently my brother's worst enemy.  Chemotherapy is going to beat my brother half to death.  I hasten to add that this blog topic is my brother's idea. 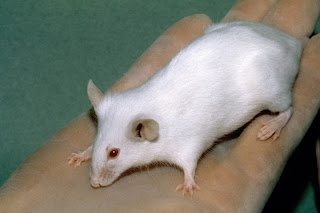 One of the things that has encouraged my brother is that his oncologists are using a technique where cells from his tumor are injected into the appropriate organs of a special strain of mice.  Once stabilized, the mice are broken into several groups where each group is tested with one of five (or so) chemotherapy agents (families).

The chemotherapy agents that show the best results against his tumor cells will be blended as a cocktail and used for treatment.

Where this varies from in vitro testing is that in mus testing captures perfusion effects within the organ/tumor complex and toxicity of the agents to the healthy organ.
Posted by Eaton Rapids Joe at 5:34 PM