The Energy Economy of Zombies 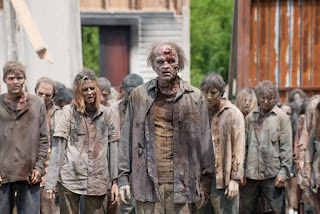 Abstract
The energy economy of zombies was modeled in two different ways.  The simplest model indicted total extinction of the zombie population in 230 days.  The slightly more sophisticated model indicated a 90% die-off every 350 days.  Both of these analysis are for "warm" climates where significant calorie burn is not required to maintain body temperature.

Background
In the event of a total, zombie apocalypse there will be a total collapse of industry and agriculture.  Consequently, zombie energy needs must be met by zombie effort fueled by food.  The only readily available source of food is other zombie bodies.

If one assumes the base population consists entirely of 50th percentile, Caucasian men and 50th percentile Caucasian women then one starts with:
The body fat is totally consumed by day 137 for the men and 214 for the women.  Given that men are biologically expendable, this is good biology. 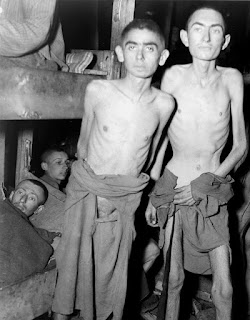 Assuming that the lean body mass can be diminished by 50% before fatality occurs then the final, projected longevity for our population is 154 days for the males and 229 days for the females.

The average zombie's body is comprised of enough calories to sustain 153 other zombies for one day.  That results in a decay rate of 0.654% per day. 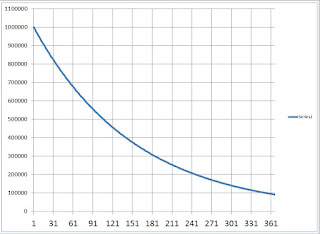 Crunching the numbers shows that one can expect approximately a 90% reduction in population every year.

Posted by Eaton Rapids Joe at 7:36 AM