What about "Wheelchair guns"?

Some folks have "BBQ guns".  They are beautiful.  They have their place and it is a well defined niche.

Some folks have "truck guns".  They are usually inexpensive and functional.  Truck guns (where they are legal) have some general requirements that define the genre...overall length being the most important.

But what about "Wheelchair guns"?  What about them?  Peter Grant donates his time to train the wheelchair bound to defend themselves with a pistol.  Given that pistols are more challenging to shoot than a long gun, is there any way to rough out the specifications for the ultimate "Wheelchair gun"?


The AR platform firearm designed by Eugene Stoner has been described as "A Barbie Doll for men" because it is so amenable to "accessorizing".  What would it take to create the optimum "Wheelchair gun"?

Given that the shooter is on wheels, the 5.56 NATO is probably the round of choice.  They have been used to take Whitetail Deer when loaded with 55 grain (and heavier) softpoints so they are adequate for serious, social work.

Not only must it be short (16" barrel) but it would be very convenient if it bent in the middle. 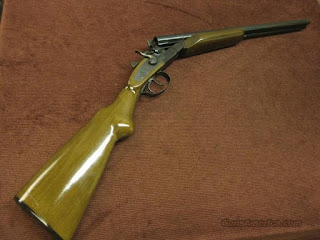 Coach guns already bend in the middle but they have exposed hammers, the recoil is fierce and you only have two shots. 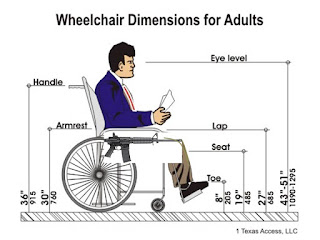 There are many "side fold" buttstock designs available.  But this application really wants a top fold buttstock, similar to the one offered on some Mossberg shotguns.

The gun would have to be very "clean" since it would likely ride along, out of sight beneath a blanket.  Deploying the gun requires that it slide smoothly from beneath the blanket.  That means gadgets that protrude from the sides (also impacting comfort) and the top of the gun are absolute NO-NOs.