On Wednesdays we get a slightly different coffee drinking crowd.

One of the Wednesday guys is named Ralph. Ralph used to be a Marine. He hunted and fished. He owned one of the "big" insurance companies downtown. He was a big wheel in his church and was a city councilman for decades.  Everybody knew Ralph. 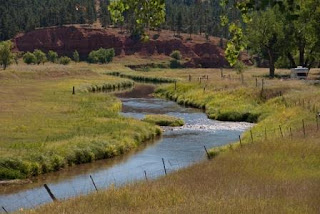 He hunted antelope and mule deer out west. His favorite place to hunt was a very large sheep operation in eastern Wyoming. 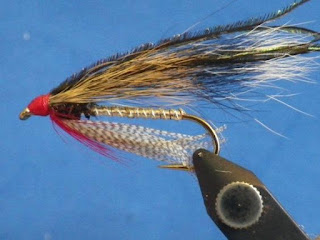 The sheep rancher's passion was fly fishing.  When he was not fishing he was tying flies. On one of his trips the rancher asked Ralph if he could bring some Fox Squirrel tails for tying flies. Apparently the big brown trout were tearing up big, bushy streamers made with squirrel tail.  He was going through a lot of those streamers and he hated paying money for something he might be able to get for free.  The big brutes would suck them in, roll over and bull their way back into brush that lined the banks.  Once in the snags there was nothing the rancher could do.  They invariably broke off taking his fly with them.

"No problem." said Ralph. "We have lots of squirrels back home in Eaton Rapids."

Upon arriving back in Eaton Rapids he threw a pair of gloves, side-cutters and an empty shoe box into the trunk of his LTD.

When you are a local businessman in a small town, the kind of car you drive is a very big deal.  Ralph could have easily afforded a new Cadillac every year but his clients would have concluded that he was gouging them on premiums.  Driving too cheap or too old of a car would cause his clients to doubt the solidity of his business. Either way, Ralph would have lost business.  Ralph found that buying a new Ford LDT every three years hit the sweet spot.  It was not too rich.  It was not too poor.  And it did everything Ralph ever asked a car to do. 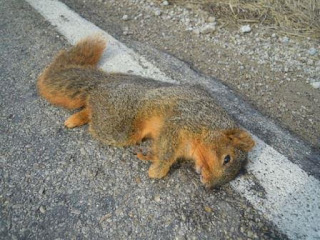 Driving home from work the very first day he was back from Wyoming he saw a Fox Squirrel that was being been pounded into road pizza right on State Street. He pulled into the next driveway, donned his gloves and carried his box and side-cutters over to the road kill.

Just as he is about to lean over and use the side cutters to liberate the tail from the squirrel, he had that odd sensation of being watched. He turned around....and there was the proverbial little-old-lady, close enough to stick her hand in his pocket. A constituent. 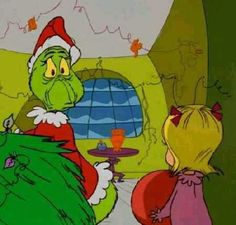 Thinking quickly, Ralph told her, "I feel bad when I see these road killed animals. It just ain't right that people keep running over them. I am going to take this poor animal home and give him a dignified burial." and he proceeded to pick up the animal with the side-cutters and placed it into the "casket" (i.e., the shoe box)

The old lady looked at Ralph with unmitigated awe and admiration.

"You know I don't often meet a man who acts so responsible." she said, "I feed these squirrels. I am sure that this squirrel is one of mine and I cannot tell you how much I appreciate what you are doing for him."

She thought a second or two.  The traffic on State Street is pretty steady and the neighborhood was crawling with squirrels.  "You know, a lot of squirrels get hit on State Street.  I am sure this guy will not be the last....  Do you suppose I could call you whenever one of my squirrels gets run over?"  Her eyes appeared to be just a bit misty.

Ralph, with the solemnity of a preacher at a funeral said, "I think that would be a real good idea."

He had fifteen squirrel tails the next time he went to Wyoming.
Posted by Eaton Rapids Joe at 4:00 AM