Listening in a dismissive way... 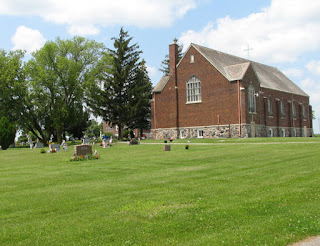 I need to be a little bit delicate while writing this post.

I was talking to one of Kubota's friends.  This kid has not had an easy life.  I won't go into any detail because I want to protect his identity.  On a scale of 1-to-100 where one is eating out of a dumpster and one-hundred is living like Paris Hilton, this kid's luck has runs between three-and-five.  If life were a hockey game, he would be the puck.

He has always been polite.  He is always grateful for the smallest consideration.

He will turn 18 in mid-summer.  He will inherit a very modest sum of money.  He was telling me of his plans for that money.  I was listening in the dismissive way adults listen to young people with big plans.

He plans to go to a local casino with a couple of buddies for the weekend.  He plans to make them regret their all-you-can-eat breakfasts.

On the way back home from the casino he plans to buy a headstone for his dad who is buried in Rosebud, Michigan.

At that point, I was glad that he was driving because the road became very blurry.  Must have been a freak, meteorology condition.
Posted by Eaton Rapids Joe at 10:04 PM