For me and my house, we support DIVERSITY 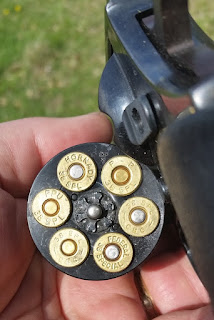 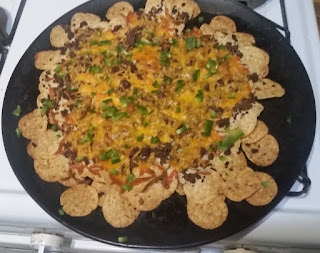 This is to assure Mrs ERJ that we are eating healthy. See the green things on the nachos? 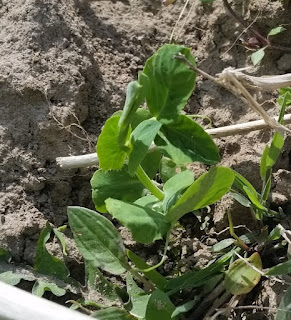 The rabbits have already volunteered to thin them. I put up fence to slow them down.

Mrs ERJ and I have different visions of what we expect from a garden.

I want calories, preferably ones that are easy to store.

It made sense to give her 100 square-feet to do her thing.

In previous years, I fenced off a 10'-by-10' square with a two-foot wide path around it for access.

This year she is getting a 5'-by-25' rectangle with a two-foot wide path around the perimeter.

The advantage of a long, narrow garden is that it is easier to see produce that is ready to pick. Then, it is one step, at most, to reach out and pick it.

Sixty feet west of her garden are a row of pecan trees that are roughly 40' tall, so she will get shade from the west. We will put 25' of feedlot panel on the west side of her plot for pole beans, sugar snap peas, cherry tomatoes, cucumbers and other climbing "salad" truck.

For most things, I avoid novelty colors but there is much to be said for vegetables that can be easily seen against the green foliage: purple pole beans, white-skinned cukes, yellow zucchini.

Those of you who have never raised farm animals can tune out.

The amprolium for the intestinal parasite showed up in the mail today.

The label indicates that I should put 4 ounces of 20% amprolium powder in 50 gallons of water to control an outbreak of coccocidia.

Given average water intake and typical feed composition, cattle will usually drink enough water to get a therapeutic dose of amprolium.

Except when the high temperature is 40F and they are eating lush, green pasture.

So, I had this idea. I would put 2 grams of amprolium (10 grams of 20%) into a bottle of milk replacer and make sure that my one problem-child got a whacking good dose right at the beginning.

What could go wrong.

The only calf in the paddock who was not interested in the bottle was Millie, my problem-child.

The other, 400 pound calves were chasing me around.

Have you ever noticed how some men drink at the bar with one foot hoisted up on the rail while other men drink with both feet firmly planted on the ground?

Calves are the same way. One of the steer-calves believes that the top of my shoe is the equivalent of a brass, bar-rail. Have you ever tried to extricate yourself when you have 250 pounds of calf (calves are front heavy) pinning your running shoe to the ground?

Picture in your head me trying to entice Miss Hard-to-get with the bottle as the other three are butting me in the ass and trying to stand on my foot. Now picture me dancing around the paddock with one foot not working so great.

Farmers are like boaters. The two best days in his life are the day.....

So, Mrs ERJ, if you happen to be reading this SNAFU.