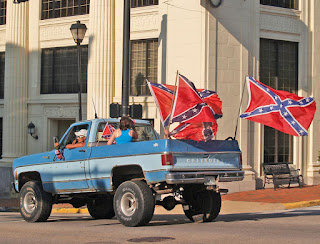 It is interesting to watch Belladonna's love-life unfold.

Right now, she doesn't have a guy.

Every week another invitation to a wedding or baby shower shows up in the mail. Bella's friends are dropping like flies.

I shared the "banana" theory with her. She will sit on the shelf until she is "ripe" and then she will last about two minutes before she runs into a ripe boy-banana.

She did NOT like that theory. She wants a guy NOW.

In talking with her, it is pretty clear to me that she is still a green banana.

From a different perspective

Developmental Psychology suggests that we go through different stages of life.

Socially, we start as members of a family, a finger on a hand so-to-speak.

Then around age eleven, we push away from our families and join a "tribe" or clique or posse. What has sixteen arms, sixteen legs, eight mouths and one brain? A lunch table in the middle-school cafeteria.

The kid pushes away from family and clamps onto their tribe like a limpet mine. All individuality is forsaken because membership in the tribe trumps all. To be pushed out of the tribe is social death.

The members of the new family needs to have different strengths and outlooks on life if they are to withstand the shocks and vicissitudes life throws at them.

A strong family requires members with strong values. A guy who rolls over and pretends to be identical to you is not who you want. He is pretending. You don't know who he really is. You can never trust he will stick to his guns (and defend you) when times get tough if he rolls-over just to get close to you.

Bella still has not sorted out the differences between "tribe" and potential life-mate. She is still using the filters of tribe as she looks for her-guy.

For example, in Belladonna's current tribe the "Confederate Flag" is beyond the pale. It unequivocally proves that somebody is racist, believes in slavery and is evil-to-the-core.

She was completely unable to entertain the thought that inanimate objects cannot be inherently evil.

Her tribe decided that there are NO value-neutral or positive value reasons why a young man might fly a Confederate flag. It was a waste of time to try and tell her that many young men see the "Confederate Flag" as a symbol of Honor: The Flag is an emblem signifying that they will do what they think is right regardless of the social and economic costs they must endure.

To say it a different way, Bella had zero interest in WHY somebody might fly the Confederate Flag. The flag simply proved they were not of her-tribe and consequently she had not interest in them as romantic partners.

The banana is still green.

Posted by Eaton Rapids Joe at 7:55 AM