Pierre-Auguste Renoir born in France 1841, died 1919 in France. Renoir is considered the "culmination" of the Impressionist movement which started with Rubens.

Ironically, Renoir thought of himself as a sculptor rather than a painter. His motivation for painting was to make pretty things to hang on the wall.

Time has not treated Renoir gently.

The French military had an unseemly spate of antisemitism in the mid-1890s when Alfred Dreyfus, an extremely competent French artillery officer was convicted of treason and spying. The evidence was almost nonexistent and consisted of a senior officer recording that Dreyfus was "unlikable" on his service record. Reading between the lines, envy may have been the issue. Twelve years later, Dreyfus was exonerated and he went on to serve with distinction in WWI.

The Dreyfus affair was the tip of the iceberg. It was the catalyst that made French antisemitism visible and forced people to pick sides.

The community of Impressionists was essentially destroyed by antisemitism as many painters refused to display their works in galleries and shows that also hosted work by painters with Jewish roots. Painters refused to accept commissions or patronage from Jewish philanthropists.

Renoir was clearly in the camp of the antisemitics even if he was not among the most rabid. 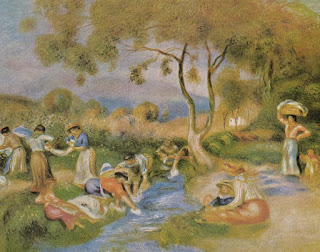 Art critics of Renoir gripe that he painted bodies without faces, faces without features and hands without fingers. 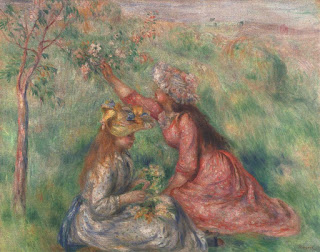 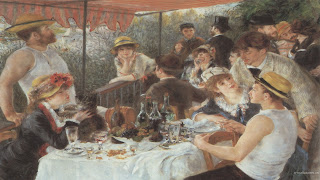 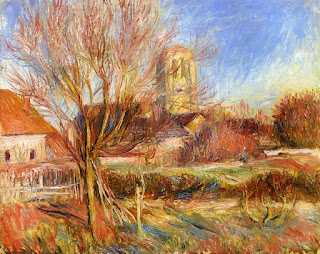 Renoir was very successful in producing "pretty" paintings to hang on the wall...the visual equivalent of music in the dentist's office.

Unfortunately, the paintings lack enough detail to make it possible to extract cultural information that might be useful to us today. Because of that I don't find them interesting.

The useful cultural information is in the backstory: Beware of leaping to judgement and bending the evidence to conform to the predetermined narrative.