Quest: Waste not, want not 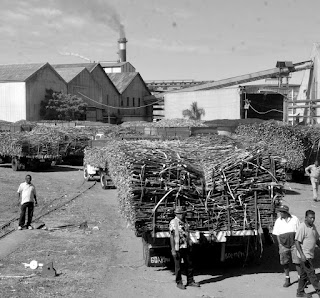 Ozzie Virgil, his wife Charise, Dr. Samantha Wilder and her husband, Chernovsky and Rick Salazar were having a meeting. It was a huge meeting by the standards of Capiche.

Ozzie and Charise were hearing the story of the last few days and were learning why their projects were suddenly about to get a lot of “help”.

Dr Sam was doing most of the talking since she oversaw their projects but she frequently bunted the conversation over to Chernovsky or Rick when they had better information or could tell some part of the story better.

“So you see our problem” Chernovsky concluded. “The deserters broke into one of the armories and stole some of our weapons and ammo. They also know our defensive plans. The enemy will soon know our capabilities and plans and can work around them. In fact, if they have NATO mortars they can shell us from just outside our range and we can’t do jack-shit about it.”

Dr Sam nodded her agreement. “And you need ammonia to make nitrates” she added for Rick Salazar’s benefit.

“The reason we are here” Dr Sam said “is to get a handle on how much nitric acid you think you can make. How soon can you ramp up to that production level and what do you need to get to that level of production?”

Ozzie had expected the questions but not so soon, nor under such dire circumstances. He had some rough notes on 3-by-5 cards in his shirt pocket. He pulled them out and looked at them thoughtfully.

“Thanks to Dr. Sam we are using a 300 gallon oil tank to hold the catalyst column because she told us to leave room to expand” Ozzie said.

“There is room in the tank to hold five more columns assuming they average 2X larger” Ozzie said. “I don’t see any point in making each column 15% bigger when there is no harm in going larger than optimal.”

“That equipment set should be able to produce….about two kilograms of ammonia an hour” Ozzie said.

“How much ANFO would that be?” Chernovsky asked. “And I think better in pounds. What is it in pounds?”

Charise piped up. “That would be ten pounds of ammonium-nitrate per hour.”

Chernovsky whistled and leaned back in his chair. “Two-hundred-forty pounds a day, almost two-thousand pounds a week!”

“You are jumping ahead” Ozzie said. “We might be able to make that much if we have the inputs.”

“Even half of that would be huge” Chernovsky stated.

“We will be lucky if we can manage a quarter of that” Ozzie stated.

Rick Salazar asked “What is holding you back?”

Ozzie looked gratefully at Rick. “Inputs. The solar farm Mr Benicio hooked us up to only generates electricity six hours a day. We need the electricity to make the hydrogen and run the process. The thing is we have to burn wood around-the-clock because we cannot afford to let the catalyst cool off.”

“What about nitrogen? Making ammonia requires both nitrogen and hydrogen.” Dr Sam asked.

Charise dismissed Dr. Sam’s concern with a lazy wave of the hand. “Lots of those portable oxygen generators around. We hooked a bunch of them together where we ran the exhaust of one to the intake of the next. Get rid of the oxygen and what is left is almost pure nitrogen.”

Charise and Ozzie were assigned different projects but they collaborated with each other.

“The thing that sucks is that we cannot even run a full six hours” Ozzie said. “It takes a bit to generate enough hydrogen to pressurize the system at the start of the run.”

“Why can’t you make it the day before and store it?” Rick asked.

“It turns out storing hydrogen is a real pisser” Ozzie said. Ozzie was a gentleman and rarely used coarse language. “Pisser” was about as close to cursing that Ozzie would get.

“Everything leaks. Hydrogen is hard to pump up to pressure and then nearly all of it has leaked out by morning” Ozzie said. “It isn’t like some gasses that turn to liquid if you compress them enough. We would have to store it as super high-pressure gas.”

The mood was distinctly gloomier than it had been. Chernovsky’s dream of a ton of ANFO a week was down to a few hundred pounds. Still, nothing to sneeze at but not a slam-dunk.

Charise raised her hand. “Can I change the topic a little bit?”

Ozzie and Charise shared a couple of quirks. They were extremely, almost excessively polite. It was how they had been raised.

They also shared agile, inquisitive minds and had few inhibitions about playing outside their official “sand-box”.

Much of that was their intrinsic nature. Some of it was an artifact of the company where they had worked.

The company sold chemicals for plating processes. Those shiny, chrome parts on your last vehicle? The company Ozzie and Charise had worked for probably sold some of the chemicals to the people who made that grille or door handle or grab-bar.

The business was ancient by modern standards. It longevity was due, in part, to the partners who owned the business. They valued flexibility.

The business was small enough and leanly enough staffed that every employee had to wear several hats. Employees who stressed about playing-out-of-position did not last long. During his tenure, Ozzie had worked in the lab, worked in the warehouse, printed labels and even made deliveries out-of-state.

“Hmm? Yes. What is it?” Dr Sam asked. She was about ready to wrap up the meeting and was shuffling her papers to better fit them in her bag.

“My grandfather grew up in Cuba in the late 1940s” Charise said. “They grew sugar cane.”

The assembled group looked politely at Charise. Ozzie had his hands steepled in front of his face. He and Charise had talked this over before-hand and he was letting her run the ball.

“They burned bagasse to boil the juice down to molasses. Bagasse is what is left of the cane after it is crushed and the juice is removed.” Charise continued.

“That is all very interesting” Chernovsky said “but I don’t see what it has to do with us.” A tiny bit of inflection indicated that Chernovsky didn’t find it all that interesting but that he allowed that maybe somebody around the table might find it so.

“The point is” Charise said “that the sugar mill run a steam engine on the waste heat. Our process generates gobs and gobs of waste heat. We could run a lot more than five hours a day if we could find a steam engine and a generator to harvest that heat.”