Fools venture forth where angels fear to tread.

There are multiple, interlocking reasons.

A healthy women is endowed with a higher percentage of body-fat then a healthy man. Those extra calories they are carrying act as a cushion to famines and to provide a caloric boost during pregnancy and nursing.

As a man who finds the womanly form pleasing, it is worth noting that their coating of body-fat contributes to the smooth curves of their body.

Then there is the issue of "thrifty genes" in some sub-populations. I would bet that most of my readers are of European ancestry. It gets cold in Europe during the winter. If our body's basal metabolism slowed down too much we would succumb to hypothermia. 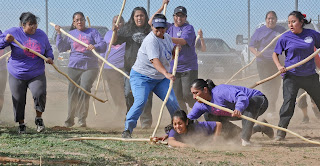 Other populations evolved in climates that were much hotter and more subject to food stress. The Papago Indians, for example. When their gas drops to a 1/4 tank, the engine management system drops all accessory loading and drops down to 400 RPM. Then, with the return of good-times, they replenish their stocks of adipose tissues before bumping up the idle RPM to 650 and de-clutching the accessories. 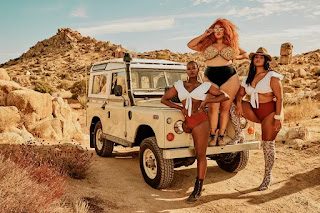 Other sub-populations exhibit varying degrees of manifestation of "thrifty genes".

Set-point theory
Set-point theory is a fancy way of saying that fat cells never want to commit suicide. Once created and filled, they behave almost like aliens that coexist in our bodies. They push buttons to ensure they get fed just like the aliens in a Sci-fi story manipulate their hosts to get what they need.

Consequently, our weight has a ratchet on it. It goes up easily but the ratchet makes it difficult to come back down.

Just as an aside, I wonder if anybody ever seriously investigated the possibility that lipid cells might have originally been a bacteria that inserted itself into a host and some sort of symbiosis resulted.

Many diets work by attempting to "game" the set-point with intermittent fasting and the like. My impression is that in the long run you cannot fool Mother Nature.

So, when a man of northern European ancestry offers advice to a woman on how to lose weight....well, he is asking for an earful.

Delicious foods
Some things remain a mystery.  Consider girls who are fabulous cooks and make delicious foods that are almost irresistible. Then they complain that it is hard to keep the pounds off.

Really? What is the point of adding salt and butter and mayonnaise and gravy and cheese and sugar and ...... when it is going to make it triply difficult to stay at or below your calorie targets?

There are two different ways a dieter can make it easy to not over-eat. One is the peanut butter-on-sawdust bread diet. The other is the red-hot, chili pepper diet.

The first diet is to go with filling foods that are rich in fiber that are not particularly savory. Basically, they are gravel used to fill a hole. It is easy to push away from the table when your choices are PB sandwiches and tomato soup.

The other diet is to pack the food with so much flavor that your satiation sensors start screaming before you are overly-full.

This is one case where the middle road is a bad place to be. That is, to cook delicious foods and then to depend on willpower to not eat them. Like the Lord's Prayer says "...lead us not into temptation..."

The easiest place to exercise willpower is in the grocery store. The food that stays on the shelf cannot make you buy a new belt.
Posted by Eaton Rapids Joe at 2:34 PM