Dashing through the snow, in a beat-up Chevrolet... 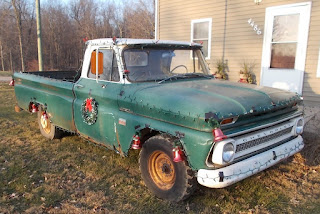 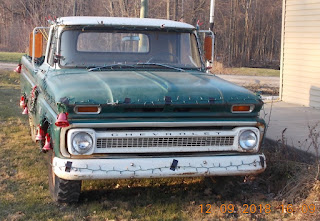 I saw this yard ornament while driving to Grand Valley to help Belladonna study for her Physics final.

I think we had a minor breakthrough when I suggested that she think of circuits problems as being like Sudoku puzzles. There is not a single formula. Rather it is solving what is solvable and then using those answers as clues.

Belladonna is a whiz at Sudoku.

I was concerned about the number of equations she was squeezing onto the  "cheat sheet" the instructor was allowing. I think she heard me when I suggested that she take a pen with a different color ink and highlight the five or ten she KNEW she was going to need.

We got in two, 90 minute sessions before I needed to head home. 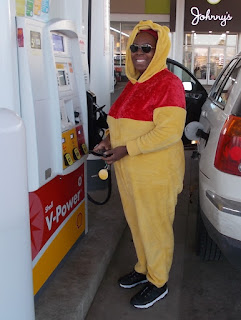 And I saw Winnie-the-Pooh on the way home. It is a strange time of year.
Posted by Eaton Rapids Joe at 6:50 AM