All we have to fear is fear itself 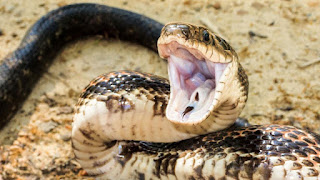 Some of these emotions make us feel good and we strive for them.

Others are unpleasant and we tend to avoid or flee stimuli that causes them.

Some time ago I was chatting with a very nice lady and she commented on what she perceived to be my preoccupation with "preparing". At least she considered it a preoccupation.

"I don't see why you are interested in preparing because you do not strike me as a fearful person." she commented.

It was almost as if acknowledging that the world can be a scary place was to let the camel's nose under the tent flap, that to admit there are legitimate scenarios when "fear" is the appropriate and pro-survival emotion was to up-end her world-view.

I think part of her coughing up a hairball was due to her lack of nuance around the emotion of fear.

The nice lady was not able to discern the differences between prudent preparations and compulsive-obsessive anxiety. To me, prudent preps means I can then move my attention on to other things knowing that my parachute is packed and my plan is in-place. The obsessive-compulsive cannot move on.

A childish desire to avoid "uncomfortable" emotions is ultimately counterproductive. God (or evolution, take your pick) gave us those emotions for a reason. No one would deliberately cut a string from a guitar because it occasionally produced a note that startled them. Similarly, no one should purge "fear" from their repertoire of emotions.