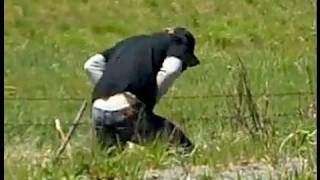 Everybody who has worked with electric fences has their own stories.

One of my stories involves sheep and cattle.

We had cattle for a few years before we added in sheep.  Being the kind of person I am, I had been reading up on electric fences.

The literature all agreed, electric fences work because of classical conditioning.  Ensure that the animal gets a few stiff jolts early on and they won't test the fence.  That pays dividends when the charger goes down or the fence shorts out.

Sheep are ten times harder to keep in with a fence than cattle are.  For most of the year, sheep are insulated with inches of wool.  The literature suggested that the best way to train them to electric fences was to feed them corn beneath the fence and to ensure that the lowest wire was "hot".   Even if the sheep have six inches of wool on them, their ears remain bare.  The plan is to position the lowest hot wire so the sheep's ears hit it.  Then....BAM!

The literature also recommended that the training be done in the early spring when the ground was damp.  That ensured that the ground was, in fact, a great ground for the sheep's hooves.  Secondarily, the ground on the energizer would also be efficiently grounded to the common ground as the ground-rod would have good continuity.

Early spring is also when the charge in the fence is least likely to be wicked away by grass and vines touching the hot wires.

Alrighty!  Here we go.  Your hapless hero, ERJ boldly walked out with a five gallon bucket of corn and poured a "line" of it beneath the fence.  A few hours later he looked out the window and saw his sheep and cattle wandering in the neighbor's field.

Imagine this happening several days in a row.  What the HECK!

Then, one day our hero (me) poured the line and stuck around to watch.  The sheep came running to gobble up as much corn as they could before the cows showed up.

The first heifer showed up and with absolutely no ceremony batted the first ewe she encountered through the fence with her head.  That knocked the fence katy-wumpus.  Then another ewe got bowled through the fence thereby rendering it totally hors de combat.  After the remaining cows mopped up the corn they strolled over to the neighbor's property to see what new spears of grass had emerged since yesterday. 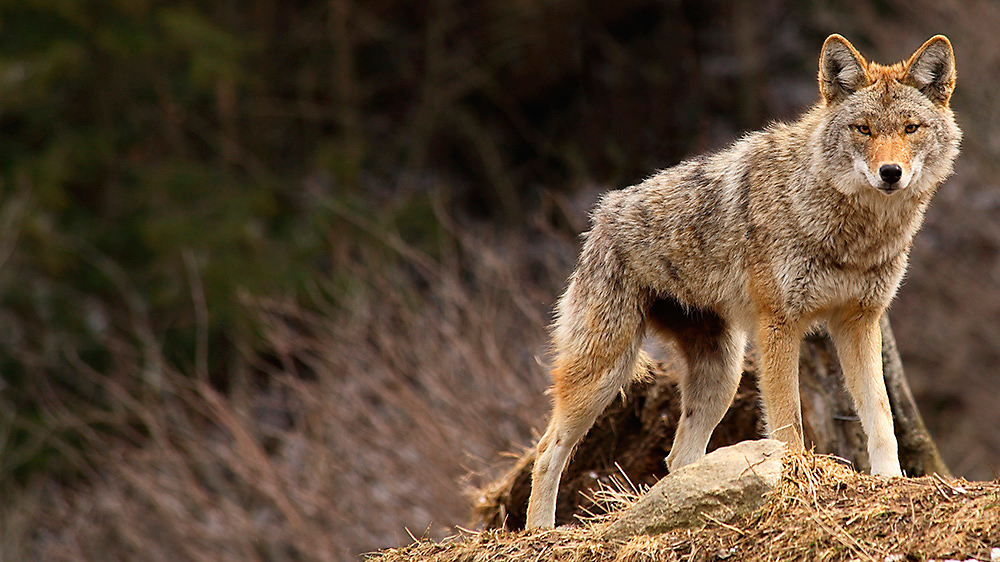 Sheep producers out west deter coyotes by using lots of fence wires.  They alternate hot-ground-hot-ground and they place them close enough together that the coyote cannot squeeze through without "closing the circuit".  The ideal conditioning occurs when the coyote hits a ground wire with his ears and a "hot" wire with his shoulder. The pulse passes through his reptilian brain-stem and trains it.

It is possible to know something intellectually with your higher brain and still be totally incapable of acting on that knowledge because your reptilian brain vetoes it.  That is the goal in training coyotes to the electric fence.  You want to train their reptilian brain.

Why do you want their ears to hit a ground wire?  Because the first wire they touch is the one they touch with their ears and if it is hot there is the possibility that, when the ground is exceedingly dry, that they might not get whacked hard enough to light up their reptilian brain.

In populated regions the standard advice is to not use barbed wire with any electric fence.  The concern is a human getting tangled up in it and not being able to extricate themselves.  Nobody ever asks, "Why were they climbing through the fence to start with?"  The burden is on the land owner.

Out west they see things differently.  The wire that touches the ears can be smooth because coyote ears, like sheep ears, have very short hair.  The hot wire that hits the shoulder is best barbed because the barb will penetrate the coyote's pelt and ensure a solid metal-flesh connection. 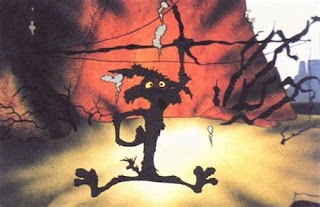