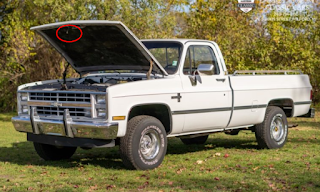 Mrs ERJ and I dropped off our old washing machine to a woman whose machine was on-the-fritz.

Mrs ERJ suggested that I help remove the old machine and install the new one.

While horsing the "new" machine up the back-steps of the woman's house, I noticed the clothes-line on the other side of the privacy fence.

"I have never seen a clothes-line done quite like that" I observed.

The woman shook her head. "I worry about him".

It transpired that the neighbor's domestic partner was short and the neighbor was lazy. The partner wanted a clothes-line and poles to prop it up so the laundry would not drag in the dirt as the line stretched.

The lazy neighbor tied one end of the line to the privacy fence post. He attached the other end to his pickup truck's hood latch.

"There!" he told his partner. "Lower the hood, hang the clothes and then raise the hood while they dry."

Before you ask, the truck was parked parallel to the fence so the line was pulling the hood sideways.

Red-neck engineering at its finest.