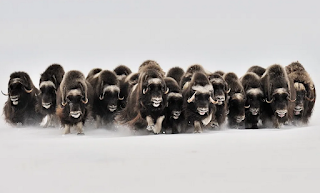 It would be misleading for me to imply that I have any special insights into the mind of the fairer sex. Every once in a while I do stumble across an acorn that might be worth sharing. And when a person like the super-famous Glen Filthie, blogger extraordinaire expresses bafflement about some nuance about the behavior of grown wimmin-folk...and I think I can help...well I am on it like flies on tater-salad.

The most esteemed Senor Filthie was marveling at mature wimmin's ability to be enraptured by the most inane drivel and hokem. According to him, even intelligent wimmins are sometimes mesmerized by it.

It is all about evolutionary biology

Men are expendable. That is the price of launching 200,000,000 missiles with every ki-yi-yippi-yi-yea. The tribe does not need very many of us.

Biologically, men are the ones tasked with stalking mastadons with sharp rocks lashed to crooked stick with half-rotted caribou guts. We are the ones who crawl through cacti and over ant-hills to sneak up on antelope at watering holes. Men are the ones who must sneak into the nearest village to steal an ember when a sudden downpour quenches all of our tribe's fires.

Women, on the other hand, are in the inner-ring. They are slightly expendable.

Belladonna adores the TV show Criminal Minds. I never paid much attention to it. I might listen to it for 30 seconds when I was near her and it always seemed like fiction written by a precocious 8th grader. You know, all narrative and 'splaining.

Every aspiring author has it drilled into them to SHOW the reader...not TELL them. Yet these shows and news programs TELL, TELL and TELL some more.

There might be four or five psychologists sitting around a table, cantilevering vaulting spans of speculation from tiny shreds of observation. "Dr. Reid, it is obvious that based on the wisp of fiber found wedged beneath the elm tree near the 13th victim that the perp was right-handed, has a Hula Bobble-head fetish and drinks Absinthe from a gold-rimmed goblet while driving a red Camaro at 105 mph through residential neighborhoods."

The more ridiculous and far-fetched the better it is received by the audience.

The point is that because wimmins are slightly expendable, there is enormous competition to be in the inner-most ring that is NOT expendable. It is not the content of those TV shows, it is the tone and the implied 'confidentiality'. As the audience, you get the vicarious thrill of being one of the very inner-most and cherished sanctum, the NOT expendable. You are the fly-on-the-wall, the sixth, world-class psychologist.

As men, we are socialized (and perhaps genetically predisposed) to risk our lives. The appeal of being in the inner-most sanctums is opaque to many/most of us.

As wimmins who are slightly expendable, the appeal of KNOWING that they will be the very first one in the lifeboat or the heifer defended to the last adult musk-ox is hard-coded in them.

Another cold, hard fact is that the most valuable musk-ox is the springing heifer, the one closest to having a calf and with the greatest potential for future calves. The musk-oxen who is past her calf-bearing years is biologically expendable (perhaps even more-so than the males). The TV shows that baffle Senor Filthie are lobbing soft pitches right down the center of the strike zone for those old-biddies. It scratches an itch they cannot get scratched in "real life'. 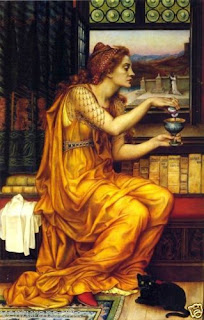 If you believe in Jung's archetypes, then the person who watches The View is trying to bump her way into the role of the village witch; the one who makes love potions, poison for dart tips (or unfaithful husbands), poultices...and has dirt on everybody.