Sometimes life is a drag 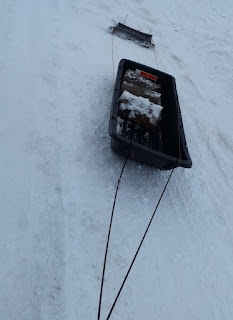 Not fabulous but still 100% better than no drag. I tried with and without several times. On the flat-and-level Herc, the steadier of the two dogs, still would lunge forward fast enough to crash the sled into my calves when running without the drag.

With the drag, I got a few bumps at the beginning while he was still full of beans and maybe a couple more times on an 8% downgrade but other than that it was a fine, 3 mile drag. 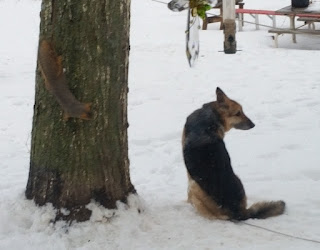 Herc playing peek-a-boo with the squirrel. Look at those ears. He knows where that squirrel is to-the-inch

Some wins, some ties and a few losses

My efforts to teach the dogs to find my set of keys has not gone well.

Finally, Mrs ERJ suggested that maybe we need a different breed of dog if I expect them to find keys. 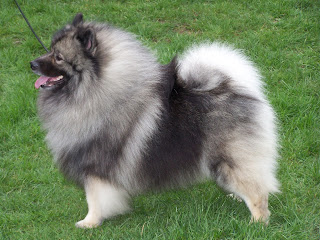 "Have you considered a Keeshond?"