As an aside, the video made it into several Executive Defense training films.

The video was shown in real-time. It comprised approximately fifteen seconds of prelude and ten seconds of mayhem. *

The narrators noted things Brett did well, things where he got lucky and things he failed.

One sharp-eyed viewer noticed that one of the slats in the back of Brett’s chair was missing and he seemed to have something in each fist.

The hands of working oilmen are preternaturally strong. They handle lots of heavy chain on a daily basis. It had not been difficult for Brett to snap the slat and break it into two, hand-length pieces to reduce the possibility of a broken finger when punching.

The narrator felt compelled to add that it would have been better if Brett had a couple rolls of nickles in his pockets but gave him kudos for ad-libbing.

Brett was given a gold star for avoiding the use of lethal methods. By leaving his knife in his pocket and his firearm in its holster, the police who responded had no reason to ask him if he was armed, which in their minds would have made him the guilty party. The narrator noted that the event happened in an extremely hoplophobic jurisdiction.

One thing the narrators missed was that Brett had swept the tableware from the table top and pitched them behind him. He did that to deny the aggressors any “field pickup” weapons.

The narrator also approved of the fact that Brett did not say anything. It would be unconvincing if the attackers dubbed in any words to make it appear that Brett had provoked the interaction.

The narrator made the obligatory, droll comment about learning martial arts and physics by watching TV. He inserted that comment when Brett gave Tatiana (the videographer) a very short, very personal tutorial on both subjects. By then, other diners were taking video and it had not been difficult for the people producing the training film to find footage to take up after Tatiana laid down her phone and became kinetically involved.

The narrator also noted that Brett had done well to befriend the waitress. He habitually tipped 30% (hell, it was on an expense account) and that combined with his Southern politeness made it easy for the waitress to step-up and tell the cops what really happened.

Tactically, Brett had lucked out. The tables were bolted to the floor and all five aggressors were not able to swarm him nor were they able to get behind him. That is a very old tactic. It worked at Battle of Thermopylae and it worked at the Elmstreet Steakhouse in Hartford. Brett preferred tables that were bolted down. Tables that rocked were annoying.

The three things Brett was dinged for were that he was eating alone in a hostile environment, frequented the same restaurant every evening and that he had pitched somebody through the window.

The Monday Morning quarterbacks decided that the risk of the aggressor slicing an artery and bleeding out was too high a risk. The $150k of damage done to one young man’s lower face could be overlooked. Corpses, on the other hand are hard to explain.

Had they asked Brett, he would have told him he was slinging the assailant away from him and the window got in the way. A decade of slinging chain on drilling platforms builds an unGodly amount of core-strength.

By 2:00PM, all of the crews repairing damage to gas transmission lines in Michigan and California had copies of the annotated video in their email. The email was reinforced with a text directing the crews to go into “Injun Country” mode. Top management made it easy. It was not a choice.

A representative of the Hartford County's Zoning Commission approached Bunny as he supervised the installation of razor-wire on top of the 8’ chain-link fence.

“That barbed wire is prohibited by our zoning regulations” the official informed Bunny as he pointed to the razor wire being liberally applied to the top of the fence.

Bunny dialed up his Cajun accent to eleven. “Whazzat?”

That confused the zoning official.

“What problem?” he asked. It seemed as if there had been a problem he would have been the first person they would have complained to.

Behind him, Gordon Liberon, a Philipeano with a lot of Maylasian in his background conspicuously licked his lips.

“You don’t need barbed wire to keep dogs and cats out of your work area.” the official said.

“Dat be a fac” Bunny said. “But dis fence, it keep my boiz in and den dey can’t chase da kitty-cat.”

The official left without further comment. The sooner the damned oil-men left, the happier he would be.

*I didn't want to get bogged down in the details. I thought it would be a distraction to the majority of the readers. 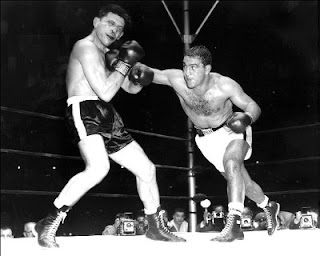 Stillwater nailed the first aggressor with a left cross when aggressor #1 was 54" from Brett's rear foot and moving toward him. Aggressor #1 had no clue regarding the effective range of a big man stepping into the opponent and throwing a left-or-right cross.

Aggressor #2 threw a haymaker. Stillwater blocked and nailed him with another cross. Stillwater aimed for their throats. They both obligingly dropped their chins to protect it. Stillwater saw no reason to change-up his punching when the first one worked so well.

Aggressor #3 was the biggest man of the lot. Seeing that punching didn't work, he lowered his head and charged. Stillwater caught him in a double tie lock and visciously kneed him in the face until the aggressor went limp and collapsed. Stillwater was helped by the fact that the aggressor could not get much speed due to the short distance and his footing impaired by Aggressors #1 & #2 littering the ground. The downside of trading away space for short-term tactical advantage was that Stillwater was getting backed into a corner. He was running out of space.

A man's leg is conservatively five times stronger and five times more massive than one of his arms. The damage was devastating. Sadly, Newton demanded that equal-and-opposite contusions appear on the front of Stillwater's lower thigh.

Aggressor #4 was the videographer who decided she was Agent Kono from Hawiai Five-O and was going to kick some honkey ass. She climbed over the short railing that separated the Bar mezzanine and Stillwater's floor. The Kono wannabe launched from the 18" high mezzanine she had been recording from. She learned it looks much easier on TV than it is in actual fact.

Aggressor #5 decided discretion was the better part of valor as he listened to the biggest, toughest guy in the group choking on snot, blood and broken teeth. He turned tail and ran.