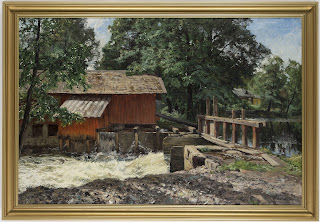 Unlike most artists, he was a success while he was still alive, serving as Professor at the Royal Swedish Academy of Fine Arts.

...with cattle, sheep and goats. The goats are standing and are clearly nanny-goats.

It is my belief that things are "the way the are" for very good reasons. The family that sent their daughter and livestock up, into the hills did not send a mix of cows, goats and sheep because "they looked pretty and would make a nice painting". There had to be reasons, economic reasons, for the mixed flock/herd.

Livestock is a net cast into the sea to collect resources otherwise unavailable for human use.

If grass and forage are solar cells, then livestock are the network of collectors, transmission wires and transformers that deliver it to humans in usable forms and amounts.

Part of the reason might involve ancillary benefits. Cattle through much of history were valued primarily as traction animals. Cows were necessary to make oxen (tractors) and the milk they gave was a side benefit.

Sheep gave wool and the milk they provided was a side benefit.

Sheep and cattle are grazers and are in direct competition with each other. Goats are browsers and prefer twigs and tender shoots of bushes. They don't compete directly with cattle and sheep.

If you look at commercial milk production you would see about 99.99% Holstein cattle and a very narrow genetic base. The availability of fossil fuels and commercial fertilizers and seeds ironed out variation in inputs and allowed producers to crowd into a very, very tiny postage stamp in the universe of milk producing animals. A one-legged stool is sufficient if there is never a breeze, earth-tremor and if the milk-maid is not prone to intestinal gas.

But in an environment where humans are fully exposed to seasonal vicissitudes, then the ability to adapt to the sudden jostles and jerks of fate become more important than economically maximizing production for a static set of conditions.

A dairy breed of cows might produce more milk per given amount of input but they are also more vulnerable to reductions in feed amount or quality than a goat or ewe. 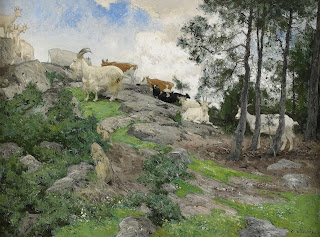 In the event of a die-off due to an extended winter or a failed hay harvest, sheep and goats scale up more quickly than cows. They can be producing milk 12 months after being born verses 24 months (in low forage quality environments). They typically produce twins versus a cow's single calf.

In the event of a die-off, one would expect producers to keep every female off-spring until their forage-base was fully used. Then, as additional producers were born they would optimize by keeping cows and more aggressively culling sheep and goats. 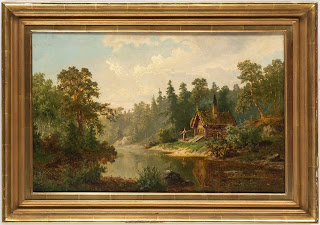 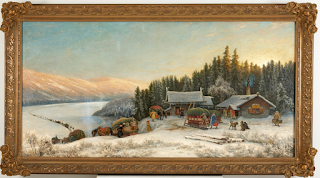 It is an article of faith among environmentalists that "corners" where multiple ecosystems meet are extremely rich in resources and prime places for humans to settle.

This may be hard-wired into us genetically. We may be drawn to places where fjords or harbors, streams, lowland meadows and highland building sites and forests meet. The artist might observe "that is aesthetically pleasing" but I like to dig a bit deeper. WHY is it pleasing?

Olof Arborelius paintings are visually pleasing and intellectually stimulating. They are not overly fussy. I like most of his paintings.