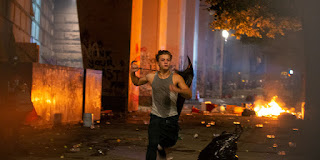 During the Battle of Britain, Winston Churchill was presented with a dilemma. The Allies had capture an Enigma machine which allowed them to break the NAZI coded messages.

One of the intercepted messages indicated that a particular area in England was to be targeted for bombing.

Churchill could have directed the air force to defend that area but there was a risk, not even a certainty, that the NAZI would figure out that there code had been broken and then change them.

Churchill did nothing. The neighborhoods were bombed. People died. The NAZI never suspected that their codes were compromised.

Domestic terrorists are burning down some of America's greatest cities. 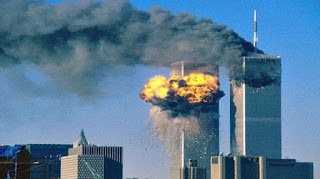 After 9/11, the Patriot act made it impossible for me to cash checks through ATMs that were not owned by my bank. The reason given for those changes was that terrorism runs on money and the restrictions were required to choke off the flow of money.

A thirteen-year-old boy could hack his way in and follow these bozos.

The rioters are crossing state-lines to commit mayhem.

When Antifa operatives are scooped up and interviewed they squeal like pigs. They are play-acting-revolutionaries,  not hard-core, committed revolutionaries.

Cops in hick-towns know how to execute asset forfeiture. Surely the FBI, US Marshals and a half-dozen other federal agencies can figure it out. Money is the life-blood of these evil-doers.

If a personal vehicle was used to transport the rioter from Illinois-to-Wisconsin (for instance) then impounding the vehicle while the wheels of the law ground away seems reasonable.

I am not proposing that the Feds step outside the law, just that they aggressively use the tools that are legally available to them.

The Americans in our great cities don't deserve what is happening to them.