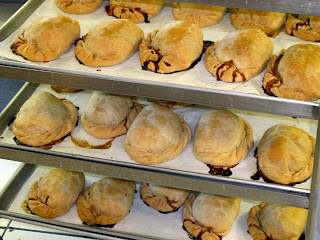 The vaccine program was moving forward with fits and starts.

The Petri dishes Dr. Sam Wilder had placed a drop of “starter” solution on and then rotated to have the single drop of fluid cover the surface told a story.

After a few days, Dr Sam looked at the surface of the agar and nutrient substrate and the top was carpeted with bacteria colonies.

Under ultraviolet light, the surface of one glowed a uniform aquamarine. The other a vivid, lime-green. The nubbly surface of that agar looked like a carpet.

The two samples Dr Soo Kwan-Bae had sent to her old friend, Dr Sam Wilder were “the really good stuff”, that is, from her master solution.

Dr Sam saw no reason to drag her feet. She set about procuring more cabbage to double the production of the vaccine.

And there was no good cabbage to be found. The imperfect storage characteristics of the thrown-together root cellars had been too imperfect to guarantee the storage of cabbage. Dr. Sam had been lucky to get cabbage for the first batch.

Undeterred, Dr Sam had her Eureka! moment while eating lunch with her husband, John. They were at Gabby’s Pub and pasties were the daily special.

Pasties are a regional specialty. Most common in Michigan’s Upper Peninsula where they evolved to be a one-dish meal for hard-rock miners. The miner’s wives made a simple meat pie with the ingredients that were most available in the U.P. oft-times inhospitable gardening climate: Tough, cheap cuts of meats simmered long in the pot. Potatoes. Rutabagas. about 3/4 pound of filling and then the round lard-and-flour crust was folded over and the pasty was backed in the oven until all of the ingredients were tender.

Gabby’s pasties were relatively authentic. One of John Wilder’s old ewes had died and Gabby had purchased the carcass. She added gravy to the filling and a few more onions and carrots than was most authentic.

One thing you can say about mutton from an sinewy, old ewe is that the flavor throws a long shadow and a little bit seems like a lot.

While eating the pasty, Dr. Sam encountered her first rutabaga. It was a cube about a half-inch on a side.

After eating the first, she fished out a second cube and queried her husband “What is this?”

John did not know what they were, so he flagged down the waitress and asked if Gabby was available.

Dr. Sam noted the slight, mustard undertones to the vegetable and the background sweetness.

Gabby informed Dr. Sam that ALL authentic pasties contained rutabagas. They grow exceptionally well in Michigan’s Upper Peninsula and therefore were one of the Go-To vegetables for filling them.

Dr Sam asked “I have never seen a rutabaga. Do you have any more in the kitchen so I can see one?”

“Well, of course you can” Gabby said. Gabby was used to eccentric request. After all, Rick Salazar was her father.

The vegetable Gabby showed Dr. Sam weighed almost a pound. Nibbling on a thin slice, Dr. Sam would have sworn she was nibbling on a slice of cabbage.

“Where did these come from?” Dr Sam asked.

“Ken Johnson grew them. He was feeding them to his pigs to fatten them up. He sold the pig and had a few left over” Gabby told her.

“Does he have any more?” Dr Sam asked.

“You would have to ask him. I think he might” Gabby said. Gabby then gave Dr. Sam Ken Johnson’s address. It was not too far from where Sam and John lived.

The next day, Dr. Sam visited the Johnson farm.

“I heard from Gabby Gonzales that you grew some rutabagas to feed your hogs.” Sam started out.

Ken Johnson agreed that he had. “Nothing else will produce as much winter feed as turnips or rutabagas when you spin it into a wheat field.”

“Gabby said you might have some you can sell me” Dr Sam said.

“Well, I could, but I really don’t have that many left” Johnson said, shaking his head regretfully.

Dr. Sam was crestfallen. The lead had seemed so promising.

“Can you sell me what you have left?” Sam asked. Even a few pounds would be useful.

“Sure, I can do that” Johnson said. “Its not like I have any hogs left on the farm.”

It turned out that Johnson was down to his last 800 pounds. That is not a lot of feed if you are trying to fatten a half-dozen hogs but it is a fortune if you need something cabbage-like to grow vaccine and cabbage cannot be had for love nor money.

She also gave Johnson a contract to produce rutabagas and Korean cabbage for the next season.

Tory couldn’t help waggling her wings when she would out of sight of Dot.

Dot had Tory shooting skeet, which seem like a horrendous waste of ammo when so many families were going without meat. Each shot (many which missed) could have been a rabbit-in-the-pot.

Dot also hire Tory’s cousin to give her rides on the motor bike. The game was to drive at varying speeds and Tory had to hit a target with a baseball. When Tory got good at that, Dot, Tory and the cousin went to a parking lot and Tory got to practice while her cousin was driving in a looping arc.

Then Tory was scandalized when Dot insisted on throwing the baseball from the back of the speeding motorbike as well. Teenaged girls heal quickly. Women in their late sixties, not so much.

Tory quickly figured out that hitting the target with the baseball was doable when the range was very short but quickly became impossible with increasing range.

Next
Posted by Eaton Rapids Joe at 7:50 AM